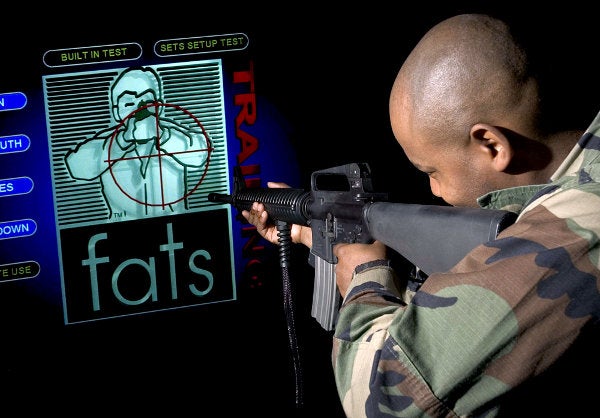 Meggitt Training Systems has been awarded a series of contracts for delivery of additional FATS virtual small arms training simulator (SAT) systems to the Italian Ministry of Defence (MoD).

Valued at a combined $17m, the contract involves the addition of around 55 SATs and 660 weapon training simulation systems (WTSS) to the Italian Army's existing inventory of Meggitt training equipment.

The package will also include the company's new FATS M100 system architecture, which will support the army's expanding capabilities due to compatibility with a broad spectrum of devices and software packages.

Based on the software used for development of games, movies, high-quality simulations and interactive applications, FATS M100 facilitates the rapid creation of training options for customer requirements in a modular, cost-effective package.

Serving as the Italian Army's primary small arms training system since the late 1990s, FATS is also currently operational with the armed forces in the US, UK, Canada, Australia, New Zealand, as well as several countries in Asia and the Middle East.