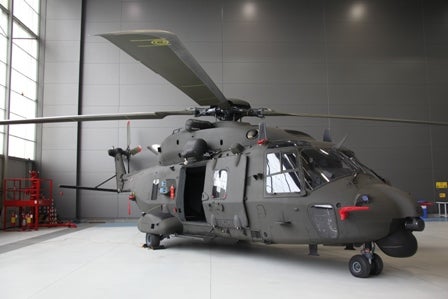 Representing a significant milestone for the Italian Army’s NH90 programme, the shipment brings the total number of helicopters received by the service to date to 21.

Around 60 NH90 TTHs were ordered by the Italian Defence Ministry for the army, along with 46 Nato frigate helicopter (NFH), as well as ten TTH for the Navy from NH Industries in June 2000.

The helicopters have also been ordered by other NH90 members, including Australia, Belgium, Greece, Norway, New-Zealand, Oman, Sweden, Spain, Finland, France, Portugal, and the Netherlands.

AgustaWestland is also providing an integrated operational support package to help the Italian army maximise operational effectiveness of its NH90 fleet, as part of a phased logistic support (PLS) programme from the Venice Tessera facility.