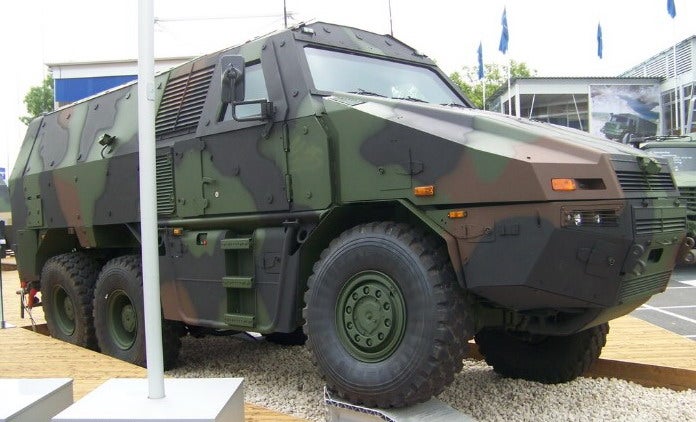 The Italian Army is likely to move ahead with the purchase of 40 medium multirole tactical vehicles (VTMM) from Iveco Defense to conduct route clearance missions in Afghanistan, mobility systems office head colonel Enrico Rinaldi has revealed.

Rinaldi was quoted by Defense News as saying that the vehicles are being purchased as part of €120m ($151m) allotted by the Ministry of Defence (MoD) for a total of 40 VTMMs along with logistical support services and an option for additional 40.

The vehicles will travel in a group of five, called a route clearance package, and the first is expected to be deployed to Afghanistan in 2013, Rinaldi confirmed.

The MoD is also in discussions with MBDA Italy for the delivery of Calife 3 wheeled decoys, which are used by the vehicle convoy for detonation of any pressure-plated improvised explosive devices (IEDs) in the battlefield.

“The Italian military approached MBDA and we proposed adapting the system to the new vehicles."

An unidentified MBDA manager told the news agency: "The Italian military approached MBDA and we proposed adapting the system to the new vehicles."

Developed from the KMW Grizzly 6×6 tactical vehicle, the VTMM is a 4×4 medium protected vehicle designed to offer enhanced ballistic protection against IEDs, mine attacks and also provide direct fire to the crew.

According to Iveco officials, the 18t vehicles will be equipped with Oto Melara-built Hitfist turrets with 12.7mm guns and Selex Guardian jammer, having radio and data transmission systems.

Deliveries of all VTMMs are scheduled for completion by the end of 2014.

Image: The 6×6 version of the VTMM of the German Army. Photo: courtesy of Heierlon.