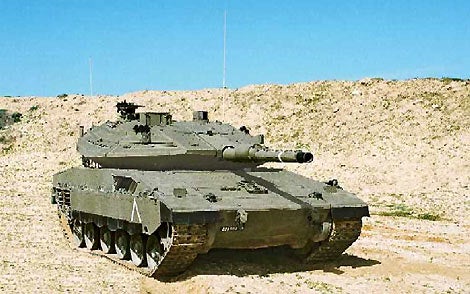 The Israeli Ministry of Defence (IMOD) is planning to float an initial request for proposal (RFP) for development of the Rakiya future manned combat vehicle (FMCV) in late-2013.

A fifth-generation follow-on to Israel’s existing Merkava Mk4 main battle tank (MBT), the new Rakiya line of light and self-protected armoured vehicles will be designed for deployment during combat operations beyond 2020.

An unidentified military official was quoted by Defense News as saying that the new heavily armoured vehicle with digitised command-and-control network would not replace the Merkava Mk4 tank, but will feature additional options to help suit particular conditions involving manoeuvring warfare.

"It won’t be Merkava-5," the official added. "The operational requirement will be something entirely different."

"It won’t be Merkava-5. The operational requirement will be something entirely different."

An army general officer told the news agency: "We don’t yet have an operational requirement, but our people are looking ahead and trying to anticipate future needs."

The vehicles will be wheeled and lighter in weight compared with the 65t Merkava tank, even though the design will be based on operational requirements of the country’s future armoured force, which are expected to be approved as early as January 2013, according to military sources.

During the programme, initial plans include development of distinct FMCV variants from common components, which could run until the end of the decade, the sources added.

The programme will primarily be managed by recently established Rakiya unit within IMOD’s Defense Research and Development Directorate, with support from all branches of the ministry Israeli Ground Force Command, including Merkava Program Directorate and Armored Corps and extending through infantry, artillery, ordnance and combat engineering.

The Military Satellite Market in Israel to 2024: Market Brief

The Naval Vessels and Surface Combatants Market in Israel to 2024: Market Brief

The Military Infrastructure and Logistics Market in Israel to 2024: Market Brief

The C4ISR Market in Israel to 2024: Market Brief