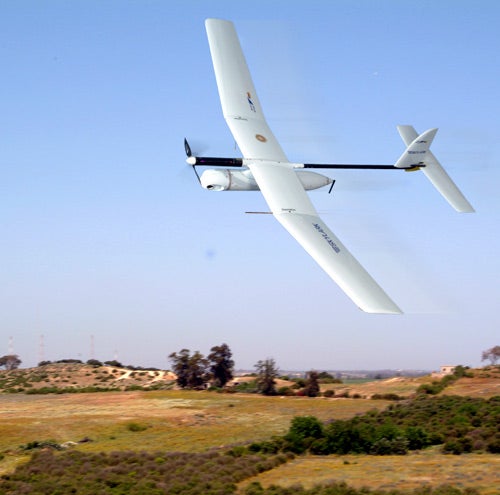 The Israel Defense Forces‘ (IDF) Kfir Brigade soldiers have conducted a brigade-wide exercise at an undisclosed location to expand the scope of their training capabilities.

The drill also witnessed participation from personnel belonging to the Artillery Corps’ Skylark Unit for the first time since it was established.

During the exercise, Kfir Brigade soldiers received briefing on capabilities of the Skylark unmanned aerial vehicle (UAV) and also the advantages it offers to soldiers in the battlefield.

Skylark Unit company vice-commander lieutenant Nir Zabersky said: "The fighters understood that our help allows them to receive a current, real-time picture of the situation in the field, with a high level of accessibility at any place and time that they will need it."

An array of Israeli Air Force’s (IAF) attack helicopters also participated in the exercise to provide a wide-ranging and organised aerial response, and to also help soldiers learn aerial support activities, including coordination of improvised landing strips for arrival of support helicopters.

"The fighters understood that our help allows them to receive a current, real-time picture of the situation in the field."

Skylark Unit routinely functions along with a multitude of IDF units that are deployed in different sectors, and also helps manoeuvring forces when required.

Designed and manufactured by Elbit Systems, the Skylark is a close-range tactical UAV designed to conduct real-time intelligence, surveillance, target acquisition and reconnaissance (ISTAR) operations in the battlefield.

The UAV is available in two versions, which include Skylark I system used for tactical surveillance and reconnaissance at a distance of 10km, and a hand-launched Skylark II system with a range of 60km.

United Arab Emirates Defense Spends on Training and Simulation: 2016 to 2024

Iraq Defense Spends on Training and Simulation: 2016 to 2024

Israel Defense Spends on Training and Simulation: 2016 to 2024