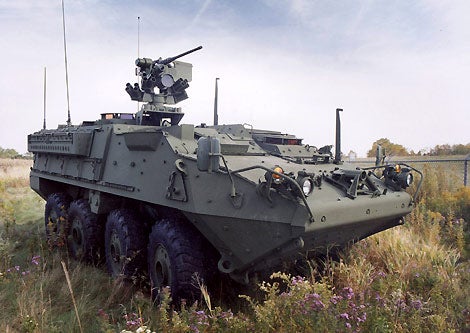 In an e-mailed response, Givens was quoted by Bloomberg Businessweek as saying that the US Army has been assembling cost and schedule information for a formal proposal, which will be submitted to Congress for approval following acceptance by the Iraqi Government.

Valued at an estimated $25m, the deal covers delivery of 30 Stryker vehicles integrated with sensors, test equipment and communications gear for efficient detection of nuclear fallout or chemical and biological agents.

An unidentified US embassy official told the news agency that the deal forms part of a potential $7bn foreign military sale (FMS) package for Baghdad, which was agreed by the US Government in the last decade.

In an e-mailed statement, General Dynamics spokeswoman Marie Remboulis said the company was fully aware of the pending Stryker deal, while Iraqi embassy spokesman Raifet Ahmad did not respond to a request for comment on the issue.

The Iraqi Government had previously requested a sale of 400 Stryker ICVs and eight heavy recovery vehicles for use by the country’s police in December 2008.

Manufactured by General Dynamics Land Systems Canada, the Stryker is an eight-wheel drive, armoured vehicle designed to provide infantrymen with enhanced protection and survivability from artillery fragments, roadside mines and improvised explosive devices in the battlefield.

The vehicle entered into operational service in early 2001, and is available in eight different variants, which include nuclear, biological, chemical reconnaissance vehicle, medical evacuation vehicle, and engineer squad vehicle, as well as anti-tank guided missile vehicles.