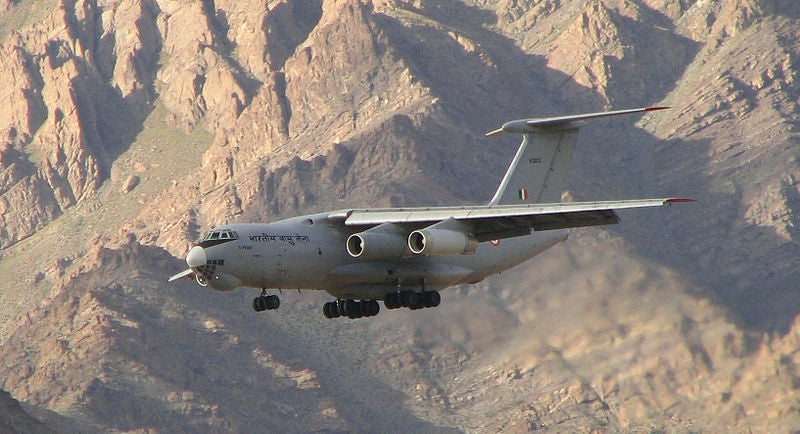 The Indian Army will conduct a joint counter-terrorism combat exercise, code-named Indra, with Russia next week at a training range in the Republic of Buryatia in south-east Russia.

To be conducted from 7 to 17 August 2012, the biennial exercise will involve participation from more than 250 soldiers from the two countries, belonging to mechanised heavy combat groups.

Unidentified army officials were quoted by Press Trust Of India as saying that the Indian contingent includes soldiers from 14 Mechanised Infantry, 16 Jammu and Kashmir Rifle, Parachute Regiment, Artillery and the Army Medical Corps, while troops from 37th Motorised Brigade will represent Russia.

The Indian Air Force’s (IAF) Ilyushin-76 aircraft will participate in the drills, which provides Indian soldiers with an opportunity to familiarise with Russian military equipment, the officials added.

"INDRA 2012, the fourth in the series, is scheduled to train personnel for counter-insurgency (COIN) to help eliminate terrorist and insurgent groups, and conduct recce and search missions."

INDRA 2012, the fourth in the series, is scheduled to train personnel for counter-insurgency (COIN) to help eliminate terrorist and insurgent groups, and conduct recce and search missions.

The armies have so far conducted three rounds of INDRA exercises since 2005, in addition to two naval drills, with the third exercise held in October 2010 in Chaubattia, Uttarakhand, India.

The battalion-level exercises are aimed at enhancing defence cooperation and interoperability, as well as to strengthen military-to-military relations between the two armies.

The two nations have also planned to make the exercise an annual event involving all three branches of armed forces, which will be conducted alternatively in India and Russia.

Image: An Indian Air Force’s Ilyushin-76 aircraft will also be deployed during the INDRA-2012 Exercise. Photo: courtesy of Karunakar Rayker.

The Military Ammunition Market in Russia to 2023: Market Brief

The C4ISR Market in Russia to 2024: Market Brief