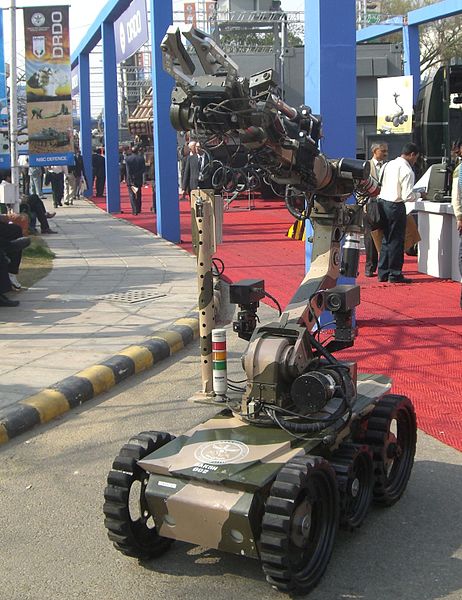 Involving robots, precision-guided missiles and watchdog satellites, the procurement is scheduled to be carried out ‘without compromising transparency, fairness and probity at any level’, Press Trust of India has reported citing an MoD’s Technology and Capability Roadmap (TCR) document.

Release of the TCR in the public domain represents the ministry’s effort to make both the domestic private and public sector industry aware about the requirements of the armed forces, providing an opportunity to ready themselves to offer solutions.

Highlighting the importance of robots in ground battles, the document said the systems would be required by the army for assistance during surveillance, reconnaissance, anti mine and anti-improvised explosive devices (IED) role, as well as urban area combat and casualty extraction missions.

"It will use air defence assets of the three services in conjunction with the surveillance sensors of other agencies to detect, track, acquire and destroy incoming theatre ballistic and cruise missiles."

The TCR also noted that a joint area missile defence capability would be needed to counter the threat of enemy ballistic missiles in future.

"It will use air defence assets of the three services in conjunction with the surveillance sensors of other agencies to detect, track, acquire and destroy incoming theatre ballistic and cruise missiles," the document stated.

As well as watchdog satellites for protection against Chinese anti-satellite weapons (ASAT), the armed forces are also seeking eco-friendly electric power and propulsion systems capable of reducing fuel consumption and pollution, while enabling vessels to function quietly, according to the document.