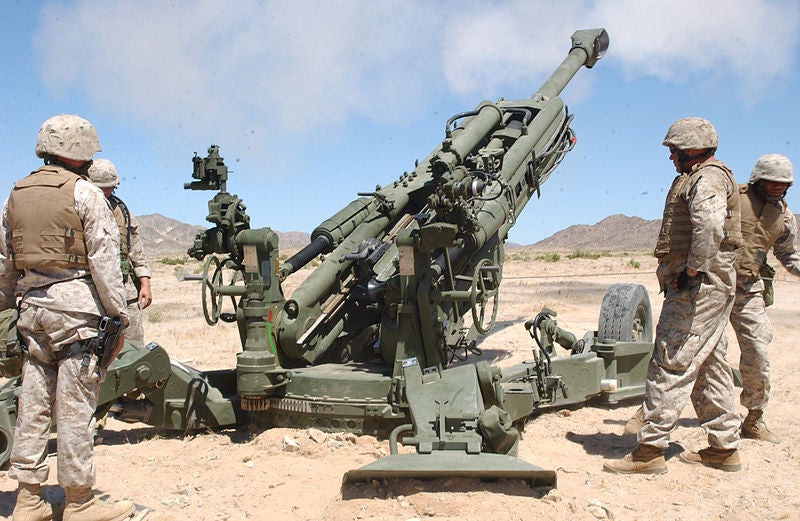 A senior defence ministry official told Defense News: "The contract for the ultra-light howitzers was awarded on [May 11] to BAE Systems Inc."

The deal was cleared by the Defence Acquisition Council (DAC), following a favourable report submitted by Defence Research and Development Organisation (DRDO) chief VK Saraswat headed committee that studied the suitability of the weapon system.

M777 howitzers, purchased through the US foreign military sales (FMS) programme route, will be used by the army’s mountainous divisions in high-altitude positions in Arunachal Pradesh and Ladakh, along the China frontier.

The deal marks the first acquisition of howitzers by the army in the last 26 years and comes after the army chief general VK Singh wrote a letter to the Indian Prime Minister Manmohan Singh, highlighting the gaps in its capabilities.

According to defence ministry officials, the proposal will be put up before the Ministry Of Finance for clearance and will subsequently be taken up by the Cabinet Committee on Security (CCS) for final approval.

"Finalisation of the howitzer deal could take up to at least a year."

"Finalisation of the howitzer deal could take up to at least a year," the official added.

The army last purchased 410 howitzer field guns from AB Bofors in 1986, which later ran into controversy over allegations from the Swedish media that top Indian politicians and military officials had been bribed in connection with the deal.

The M777 howitzer is a towed 155mm artillery gun with a firing range of up to 30km; it can be airlifted easily and used for quick deployment of assets in mountainous regions.

The howitzers have been used by the US Army, Marine Corps and NATO forces in Afghanistan since February 2006.

Image: The US Marine Corps fire-off a round with the newly fielded M777 LUH at the Marine Corps Air Ground Combat Center in US. Photo: courtesy of Sgt Jose E Guillen.

The Military Ammunition Market in India to 2025: Market Brief