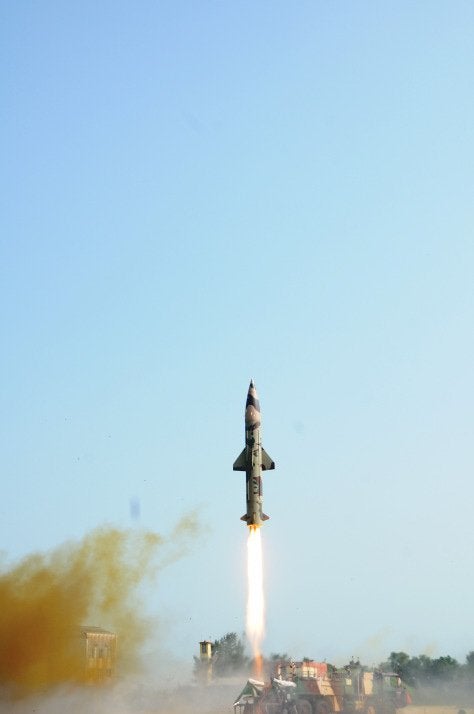 The Indian Army has completed a successful test firing of its domestically developed nuclear-capable surface-to-surface missile Prithvi-II from a launch complex-III at the Integrated Test Range (ITR) at Chandipur, Orissa.

An unidentified defence official was quoted by Press Trust Of India as saying that the tests were conducted as part of routine user trials to evaluate the missile’s real-time effectiveness under direction of the Defence Research and Development Organisation (DRDO).

"The whole exercise was aimed at studying the control and guidance system of the missile and providing training to the army," the official added.

A defence scientist told the news agency that the missile was successfully tracked and monitored by an array of radars and electro-optical systems located along the coastline throughout its flight path.

"The whole exercise was aimed at studying the control and guidance system of the missile and providing training to the army."

ITR director MVKV Prasad claimed the test to be ‘fully successful’ and ‘all the mission objectives were accomplished’.

Using an advanced inertial guidance system with manoeuvring trajectory, the 9m-long single stage liquid propelled missile can carry both conventional and nuclear warheads ranging from 500kg to 1,000kg payload, and is also capable of deceiving any anti-ballistic missile threat.

Originally developed for use by the Indian Air force (IAF), the missile has also been inducted into operational service with the army’s strategic force command (SFC).

The missile has completed several flight tests since January 1996, with the most recent conducted from same location in August 2012, where it reached the predefined target point in the Bay of Bengal with a high accuracy of more than 10m.

Image: The Prithvi-II ballistic missile during its test flight in September 2011. Photo: courtesy of DRDO.