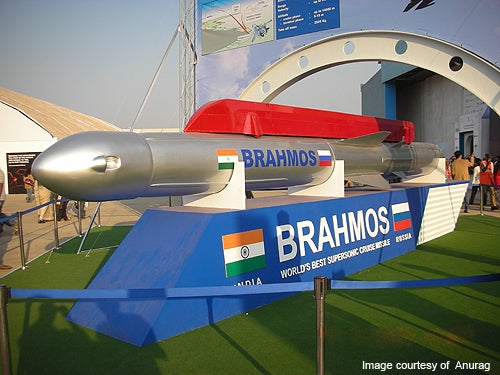 The Indian Army has conducted the test firing of its BrahMos supersonic cruise missile at Pokharan range, near the Thar Desert region of Rajasthan, in a bid to formally induct the second regiment of the weapon system in service.

An Army spokesperson was quoted by Press Trust Of India as saying that the second BrahMos unit of the Indian army has been operationalised to pursue operational and strategic surface to surface missile capability development.

During the test firing, the missile destroyed the preselected target in the field firing ranges in Rajasthan, the spokesperson added.

Derived from the Russian-built P-800 Oniks / Yakhont supersonic anti-ship cruise missile, the 290km range BrahMos missile has a speed of Mach 2.8 and can be launched from land, ship, submarines and air platforms.

The missile is powered by a solid propellant rocket, a liquid-fuelled ramjet to sustain supersonic cruise, and features a very low radar signature.

Equipped with advanced seeker software, the missile is capable of intercepting surface targets by flying as low as 10m above the ground even in mountainous terrain and hillocks.

The army, which placed orders totalling $4bn for three regiments of the supersonic missile, has so far inducted two units into operational service and is planning to induct a third regiment for deployment in Arunachal Pradesh along the China border.

The missile is developed by BrahMos Aerospace, a joint venture between India’s Defence Research and Development Organisation (DRDO) and NPO Mashinostroeyenia of Russia.

BrahMos Aerospace is currently working to develop the submarine launched, air launched and hyper-sonic version of the missile.

An aircraft-launched variant (BrahMos A) is also being configured for the Sukhoi SU-30MKI aircraft of the Indian Air Force (IAF).