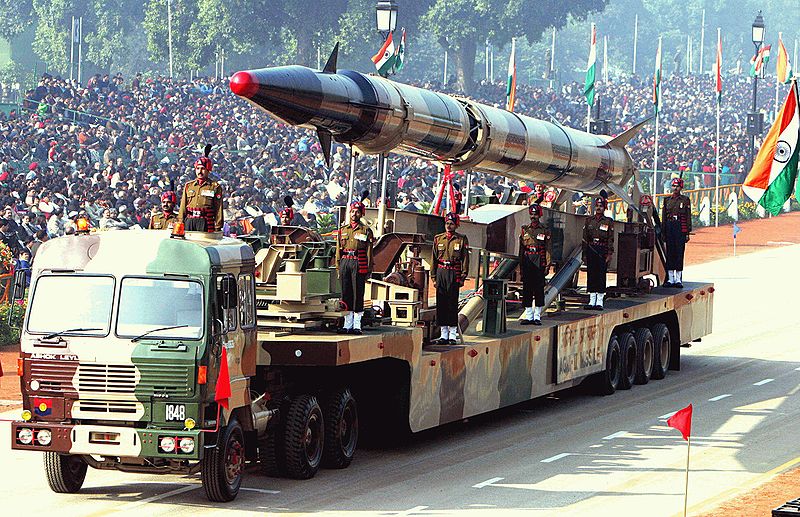 Launched from a road mobile launcher system, which was a modified TATRA truck, the missile followed the prescribed trajectory and reached the target point in the Bay of Bengal.

The radar and telemetry stations located along the coastline and two naval ships stationed near the target point tracked the missile during the terminal phase of the flight, according to defence sources.

The launch was conducted as part of routine user trials to ensure army personnel are prepared, with assistance from the scientists and officers of the manufacturer, Defence Research and Development Organisation (DRDO).

Avinash Chander, DRDO missiles and strategic systems chief controller, was quoted by The Hindu as saying that the missile was drawn from the production lot and successfully met all mission objectives.

"The strategic forces command has mastered the technology of launching the missile to a high degree of perfection."

DRDO director general and Indian defence minister’s scientific advisor VK Saraswat said that all Agni missiles were performing well, and the user was conversant with the exercise of the launch.

”The strategic forces command has mastered the technology of launching the missile to a high degree of perfection,” Saraswat added.

Developed by DRDO under the integrated guided missile development programme (IGMDP), the Agni-I is a 15m-long medium to intercontinental range ballistic missile (IRBM), capable of carrying both conventional and nuclear payloads at a speed of 2.5km/sec.

Having a payload capacity of up to 1t, the single-stage, road and rail mobile, Agni-1 has a range of 700km and also features a specialised navigation system.

The missile underwent its first test flight in January 2002, and has already been inducted into the Indian Army.

Image: An Indian Army’s Agni-II IRBM being displayed at the Republic Day Parade in 2004. Photo: courtesy of Antônio Milena (Abr).