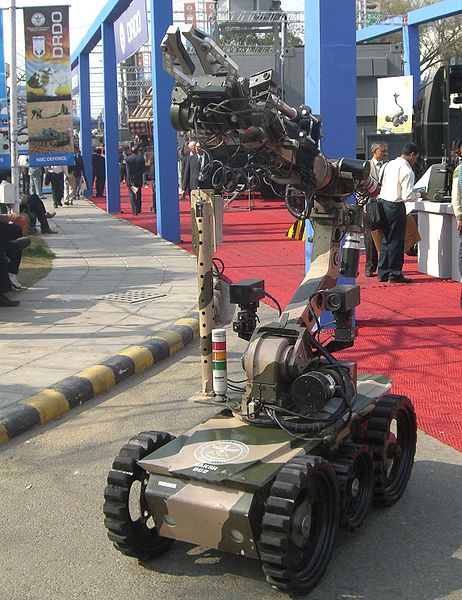 The robot has been developed by R&DE - Engineers in collaboration with Tata Motors, Dynalog (I), Theta Controls and Bharat Electronics.

The battery-operated robot on wheels is primarily designed for the safe handling and destruction of IEDs using multiple cameras, X-ray devices and a strong manipulator arm with six degrees of freedom.

The ROV can be armed with an on-board shotgun for blasting through door locks when tackling car bombs and will be useful for route clearance operations on borders prone to terror attacks.

Indian Army Combat Engineers director general major general Rakesh Bassi said the robot will be an important asset for the army's bomb disposal units and will also be crucial for anti-terrorist operations.

DRDO's armament combat engineering chief controller S Sundaresh said: "The ROVs will be deployed in the northern and eastern command areas of the army and, based on the latter's feedback, the DRDO will develop a further improvised variant called Daksh Mk-I."

The army is scheduled to receive the remaining 14 units by the end of 2012 and is also planning to purchase an additional 100 ROVs in future.