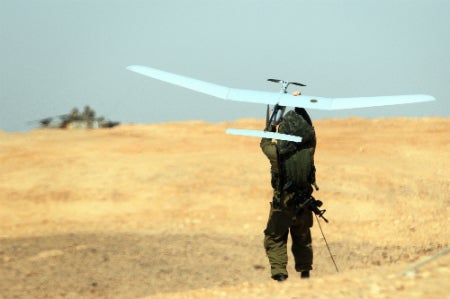 The Israel Defense Forces (IDF) ground troops are planning to bring the Skylark Generation 2 unmanned aerial vehicle (UAV) into operational service in the next few months.

Currently undergoing final testing stages, the UAV is scheduled to be operated by the IDF Ground Forces’ infantry battalions for intelligence missions in the battlefield.

Weighing 7kg, the system has been jointly developed by the Technology and Logistics Branch and the Ground Forces weapons department, and is being supplied by Elbit Systems.

Equipped with advanced cameras, the Skylark II UAV is designed to provide battalion soldiers with visual intelligence of the operational area, and also expected to offer several technological operational advantages in the battlefield.

The UAV’s communications system are also set to be networked with overall command and control (C2) system of the Ground Forces, which plans to equip every battalion with an attached Skylark squad for provision of field support.

"The Skylark II UAV is designed to provide battalion soldiers with visual intelligence of the operational area."

Powered by a single electrical motor, the Skylark is based on Elbit Systems’ Skylark I UAV, and can conduct real-time intelligence, surveillance, target acquisition and reconnaissance (ISTAR) missions over a 60km range in the battlefield.

Deployed using high-mobility multipurpose wheeled vehicles (HMMWV), the hand-launched, close-range tactical UAV has a flight endurance of six hours, and can be operated by a two person crew from a ground control station (GCS) in both medium and low altitudes.

The UAV is equipped with a built-in launcher, GPS, night camera, and electro-optical/infrared multi-sensor, as well as a thermal imager for capturing high-resolution images during night or low-visibility conditions.