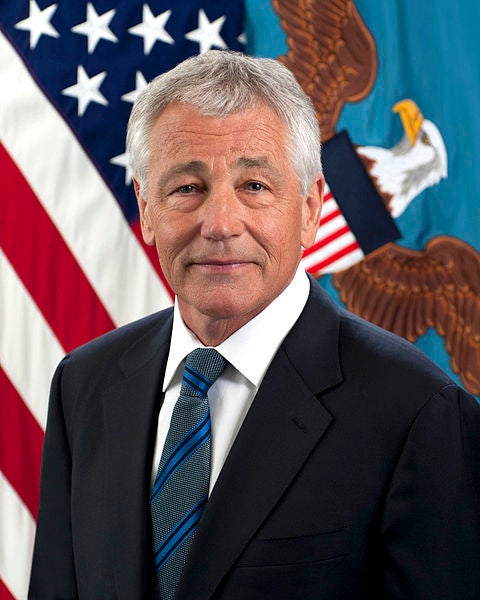 The US Department of Defense (DoD) will have to implement draconian actions, including involuntary civilian layoffs and military recruiting suspension, if spending cuts continue into 2014, the country’s defence secretary Chuck Hagel has warned.

In an eight-page letter to the Senate Armed Services Committee, Hagel wrote that military modernisation would also be impacted if the DoD is forced to absorb an additional $52 billion in budget cuts next year due to the Congress’ failure to pass the legislation that would avert further cuts.

”If the cuts continue, the department will have to make sharp cuts with far-reaching consequences, including limiting combat power, reducing readiness and undermining the national security interests of the United States,” Hagel said.

In addition to declining combat readiness, the cuts will lead to a freeze in hiring, further deterioration of facilities and maintenance funds, according the defence secretary.

If these cuts are applied to military personnel funding: ”DoD could accommodate the required reductions only by putting into place an extremely severe package of military personnel actions, including halting all accessions, ending all permanent-change-of-station moves, stopping discretionary bonuses and freezing all promotions.”

"DoD could accommodate the required reductions only by putting into place an extremely severe package of military personnel actions."

The Pentagon was provided with some flexibility by the Congress for management of the 2013 cut requirements, however 650,000 civilians were still laid off without pay for 11 days.

Expressing DoD’s intentions to avoid lay offs in 2014, the defence secretary called on the Congress to collaborate with the department to avoid spending cuts and also to approve the President’s defence budget request.

Besides requesting gradual military pay raises and fee raises for some military retiree’s health care, the president’s budget also seeks retirement of ageing Air Force and Navy assets, as well as a new base realignment and closure programme.

The letter was written by Hagel in response to the request made by the Senate Armed Services Committee for detailed information on how persistent cuts could impact the military.