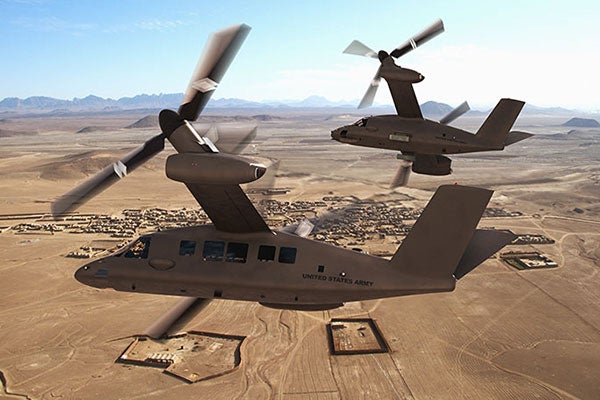 GKN Aerospace and GE Aviation have been selected by Bell Helicopter to work on the Bell V-280 Valor helicopter, which is competing for the US Army’s joint multi-role (JMR) programme contract.

GKN Aerospace will design, develop and manufacture the V-tail aerostructure and ruddervators for the Bell V-280, while GE Aviation will supply propulsion system for the helicopter.

Bell Helicopter has recently signed a JMR-technology demonstration (TD) technology investment agreement (Tia) with the army to start development of its demonstrator aircraft for planned flight testing in 2017.

GKN Aerospace North America CEO, Kevin Cummings, said: ”We are proud to play such an important role in the development of the V-280 Valor airframe that represents the next generation in vertical lift technology."

Bell Helicopter president and CEO, John Garrison, said: "Our combined rotorcraft expertise will ensure the highest levels of maturity and technical readiness for the US Army."

"Our combined rotorcraft expertise will ensure the highest levels of maturity and technical readiness for the US Army."

Developed with an army-centric design, the V-280 Valor is claimed to provide the combatant commanders with an ability to conduct multiple vertical lift missions with enhanced agility and twice the speed and range of legacy helicopters.

Other competitors selected for the programme include AVX Aircraft, Karem Aircraft and Sikorsky Aircraft-Boeing team.

Image: Bell Helicopter’s V-280 Valor is claimed to offer US Army the best value in procurement, operations and support, as well as force structure.Photo: courtesy of Bell Helicopter.