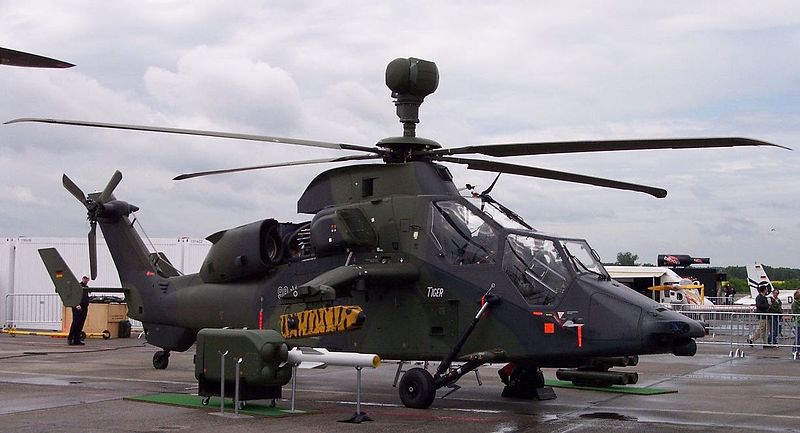 The German Army has taken delivery of the first batch of four upgraded Tiger support helicopters from Eurocopter at the ILA Air Show currently being held at Berlin ExpoCenter Airport.

The deliveries form part of the Afghanistan Stabilization German Army Rapid Deployment (ASGARD) programme agreed by the company and the Federal Office of Defence Technology and Procurement in late 2011, and represents significant progress towards deployment.

Under operation by the 36 Combat Helicopter Regiment, the upgraded helicopters feature a sand filter, additional defence weaponry, a mission data recorder, as well as enhanced communications equipment for conducting a range of multinational missions.

"In the long-term, this helicopter will do its duty in a whole range of possible combat scenarios."

"In the long-term, this helicopter will do its duty in a whole range of possible combat scenarios," Bertling added.

Germany had originally ordered a total of 80 Tiger UHT multi-role fire support helicopters from Eurocopter under a €3bn (£2.6bn) deal in 1998, which was halved in May 2010 due to technical problems.

The helicopter is equipped with an Osiris mast-mounted sight, infrared charge coupled device (IRCCD) camera and laser rangefinder, as well as a nose-mounted forward-looking infrared (FLIR) with a 40° x 30° field of view.

A second batch comprising additional four ASGARD configuration helicopters is scheduled for delivery to the army from December 2012 onwards.