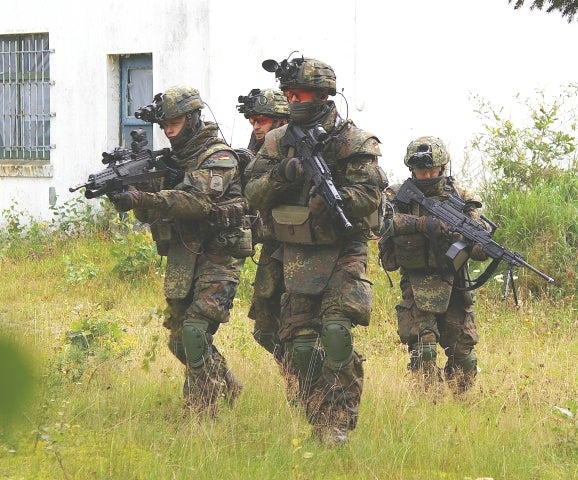 The systems delivered under the terms of the unspecified contract will be used to ensure the establishing of a mission-oriented initial capability for the German troops currently serving in Afghanistan.

An upgraded variant of the company’s previous future soldier system, the IdZ-ES is an advanced communications system designed to bring the army’s infantry, mechanised infantry units and vehicles into the network-enabled operational loop, comprising of reconnaissance, command and control components.

Featuring digital voice, data and video communication systems, the new system is capable of eliminating the shortcomings in the command and control capabilities and combat effectiveness, which have been identified in the earlier version.

"The IdZ-ES is an advanced communications system designed to bring the army’s infantry, mechanised infantry units and vehicles into the network-enabled operational loop."

Operating as the army’s command and control information system (CCIS), the idZ-ES will enable commanders to integrate the dismounted soldier level into network enabled operations by means of combat vehicles or command posts.

The system is fully interoperable with the existing FuInfoSys command and information system; it can also be used by the country’s air and naval forces, which are deployed as infantry units to complete their mission with reduced risks.

Deliveries under the contract are scheduled to take place in 2012 and 2013.

Rheinmetall and subcontractors have also developed and supplied a series of highly modular system for clothing, protective and load-carrying gear, weapons, optics, optronics, as well as command, control, computers, communications and information (C4I) to the army.