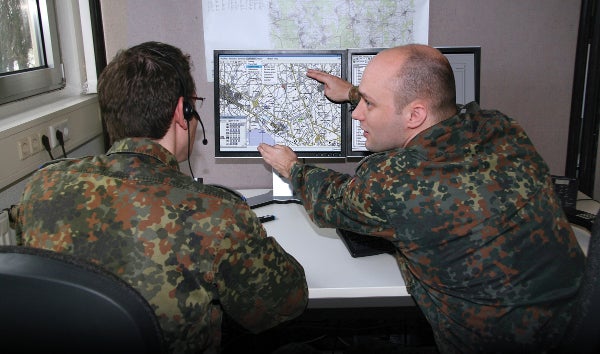 CAE Military-Europe vice-president and business leader Ian Bell said the latest GESI version offers several enhancements and improvements enabling the army to train commanders and staff in a range of actual missions that are likely to be encountered in the battlefield.

“We will be making continuous improvements in the GESI software that will allow the German Army and other GESI customers to conduct more exercises at the battalion and brigade levels in a simulated environment,” Bell said.

Integrated with an easy-to-use exercise editor, comprehensive after-action-review capability and enhanced interoperability with other command and control systems, the upgraded GESI system aims to facilitate the brigade level and below training for a range of missions.

“The simulation software covers the entire intensity and spectrum of land-based operations.”

The constructive simulation software will for the first time cover the entire intensity and spectrum of land-based operations for both national and international exercises.

CAE GESI is an advanced constructive simulation system designed to help commanders train staff in command and control procedures from company up to division level, both in a computer-assisted exercise and a classroom environment.

Even though the complete mission area is replicated by the software, commanders are still responsible for taking actions and making decisions depending on how the simulated exercises will evolve.

Additionally, emergency management training capabilities have been incorporated into the system to ensure better preparation and readiness of military, civil crisis and emergency staff for a broad spectrum of crisis situations.

Image: GESI system allows training of commanders for the type of missions they might encounter during combat. Photo: copyright of CAE.