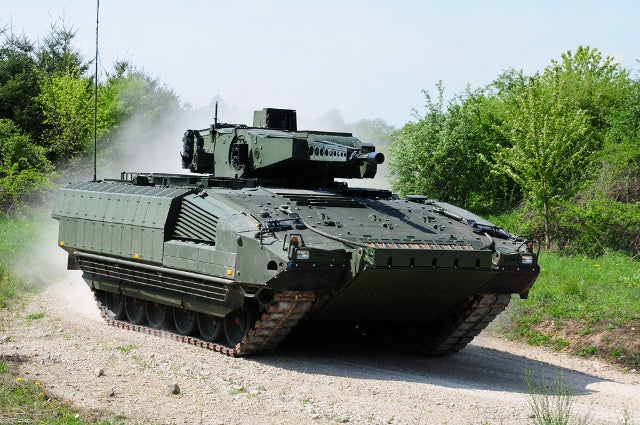 The German Army has shipped two new Puma infantry fighting vehicle (IFV) to UAE for hot weather trials under the direction of the Bundeswehr Federal Office for equipment, information technology and operation (BAAINBw) over the next two months.

Scheduled to be carried out by personnel of the Bundeswehr Technical Centre (WTD) 91 Meppen (weapons) and WTD 41 Trier for mobility, the testing forms part of extensive investigations required to demonstrate whether the vehicle fulfils military requirements.

Apart from testing Puma’s suitability for very hot weather operations, the trials will also include firing and driving manoeuvres in desert conditions, as well as firepower and mobility evaluations.

During the trials, the temperature profiles inside the vehicle will be measured, then compared to the ambient temperature and analysed.

"The trials will include firing and driving manoeuvres in desert conditions."

Based on the weather tests results, the first production of Puma IFV is expected to be delivered to the German Army in 2014.

Powered by a MTU V10 892 diesel engine, Puma is a 31.5t tracked armoured infantry fighting vehicle (AIFV) designed to replace the army’s existing Rheinmetall Landsysteme Marder 1 vehicles, which entered service in 1971 and will soon reach the end of operational life.

Around 350 vehicles are currently being manufactured by Projekt System Management, a joint venture of Rheinmetall Land Systems and Krauss-Maffei Wegmann, as part of a €3bn contract awarded in July 2009.

The contract originally covered 405 vehicles, but the numbers were later reduced in wake of the German army’s restructuring programme.

Deliveries of all vehicles are scheduled to complete by the end of 2020.

Future of the German Defense Industry - Market Attractiveness, Competitive Landscape and Forecasts to 2022

Future of the German Defense Industry - Market Attractiveness, Competitive Landscape and Forecasts to 2023