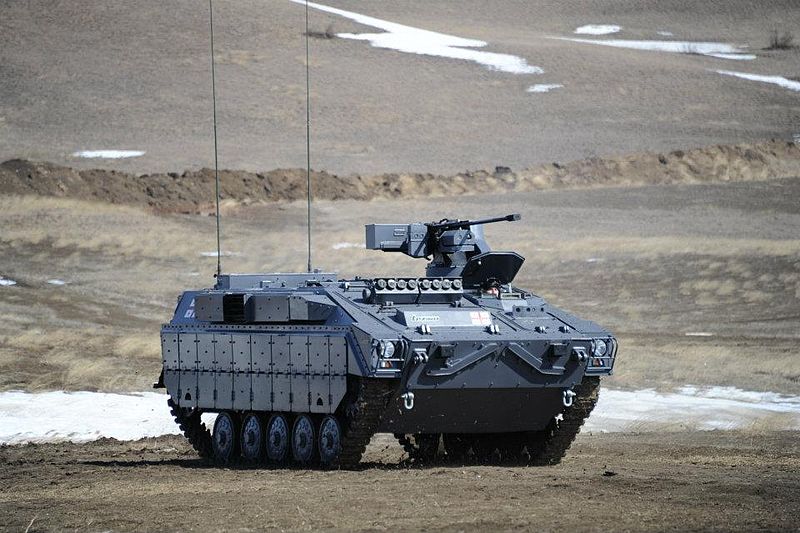 Georgian Defence Minister Bacho Akhalaia said the Lazika is an advanced heavily armoured offensive weapon, production of which many states do not have in principle, further adding that the nation will continue the development in the near future.

The armoured combat vehicle has been in development for two years by the Military Scientific-Technical Center (Delta) through funding from the Georgian defence ministry.

Details on the number of vehicles that have been produced by the centre or how many are planned to be manufactured remain undisclosed.

Based on the first Georgian-made Didgori armoured reconnaissance vehicle, the 14t Lazika is an heavy armoured IFV equipped with a fire control system along with an automatic 23mm calibre cannon and a 7.62mm PKT machine guns mounted onto the Remote Weapon Station (RWS).

The Lazika features a combined armour that provides all-round protection for the crew and infantrymen against firing of 14.5mm calibre armour-penetrating bullets and also against mine blast from underneath at level 4 Standardization Agreement (STANAG).

The vehicle features eight electrically operated smoke grenade launchers mounted at the front of the hull, and can also ensure detection and identification of a target at a distance and fire control in any kind of weather conditions due to day-night and thermal vision cameras.

The IFV can carry a crew of three infantrymen, with additional capacity for seven more, and is capable of driving at a maximum speed of 70km/h.

Didgori, the first indigenous vehicle, was unveiled by the ministry on 26 May 2011.