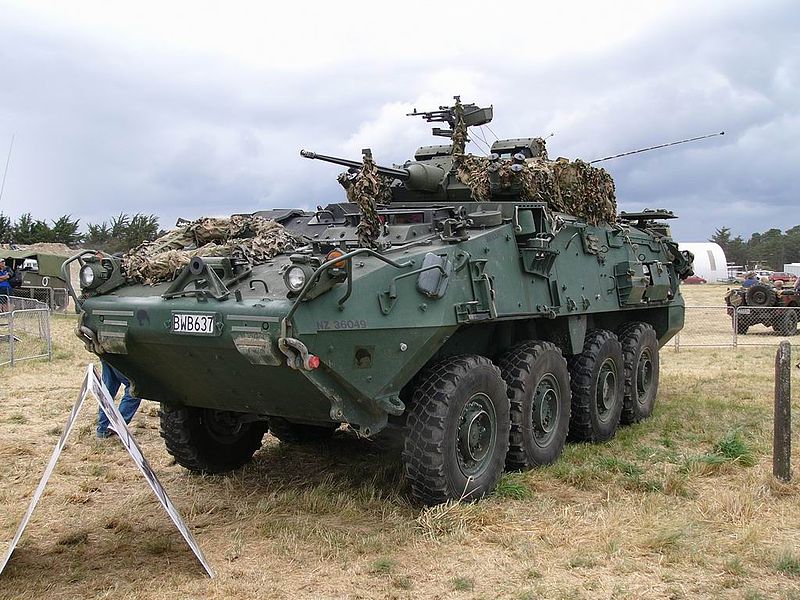 Formalised through the Canadian Commercial Corporation, a crown agency of the Canadian Government, the $65.3m contract represents a priority acquisition by the Colombian MND, and covers delivery of 24 LAV IIIs to mechanised infantry units of the army.

"The LAV III variants to be delivered under the contract are expected to feature double-V hull technology and add-on armour."

The LAV III variants to be delivered under the contract are expected to feature double-V hull technology and add-on armour, which is capable of increasing crew defence against mine blasts, improvised explosive devices (IEDs) and other battlefield threats.

Additional equipment also includes a Rafael remote controlled weapon station (RCWS), which can be equipped with Browning M-2HB-QCB 12.7mm machine gun or a 25 or 30mm cannon.

Powered by a Caterpillar 3126 diesel engine, the LAV III is a generation III armoured vehicle primarily used for infantry transport, while providing all-round protection against 7.62mm rounds in the battlefield.

A license produced variant of Swiss MOWAG Piranha III, the vehicle has been developed in multiple variants, such as tactical command post variant, a forward observation officer (FOO), TOW under armour (TUA), engineer variant, as well as the multi-mission effects vehicle (MMEV).

Deliveries under the contract are scheduled to complete by May 2014.