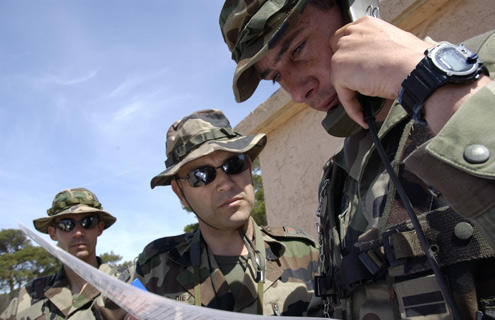 Being carried out in two phases, the technical and operational study contract aims to analyse and identify potential capability benefits of commercial LTE technology for the French land, air and naval forces on domestic and expeditionary operations in collaboration with security forces.

During the first phase an analysis of technical and commercial aspects of the LTE standard and its compatibility with military usage will be conducted, while the second phase is scheduled to focus on the research and study of specific solutions that use the LTE technology.

Representing the company’s broader involvement in the development of tactical communication capabilities of the future, the study is expected to provide decision-makers with insights into an array of options available and their impact on programme costs, timeframes and risks on completion.

"The technology is rapidly emerging as the prime candidate for meeting operational requirements for high-data-rate communications."

LTE is the latest technology used by operators to augment network capacities of the civil communications networks, and in turn address the demand generated by new usage patterns and bandwidth-intensive applications, including streaming video.

The technology is rapidly emerging as the prime candidate for meeting operational requirements for high-data-rate communications, in the wake of an increase in the use of information systems by the armed forces during operations.

However, the civilian LTE will need to be adapted to the military environment, which features more adverse operating conditions and increasingly stringent performance requirements.

Study and analysis work under the contract is scheduled to be carried out over the next ten months.

The Government Biometric Systems Market in France to 2025: Market Brief

The Artillery and Systems Market in France to 2025: Market Brief