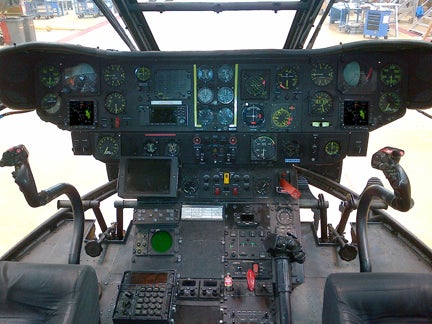 Sandel Technical Sales director, Jerry Henry, said: ”After a very successful retrofit with dual Sandel 3-ATI SN3500 primary navigation displays in all of the French Army Fennec training helicopters, it was an easy decision to consider the 4-ATI SN4500 for their Puma combat fleet.”

Weighing 3.5lb, Sandel SN4500 is a 4×4 display, designed to simplify navigation and enhance situational awareness of pilots by presenting a compass, map, flight plan and safety systems data in a high-resolution format.

Approved for use as a primary flight display by the Federal Aviation Administration and designed for both fixed-wing aircraft and helicopters, SN4500 also features overlaid weather, along with traffic information from traffic advisory systems (TAS), traffic collision avoidance system (TCAS) and traffic collision alerting device (TCAD) to enhance battlespace awareness.

Manufactured by Eurocopter, SA330 Puma is a four-bladed, twin-engine, medium-size utility operated by the French Army for all-weather tactical and logistic transport missions.

Heli Union did not disclose the contract’s value and performance period.