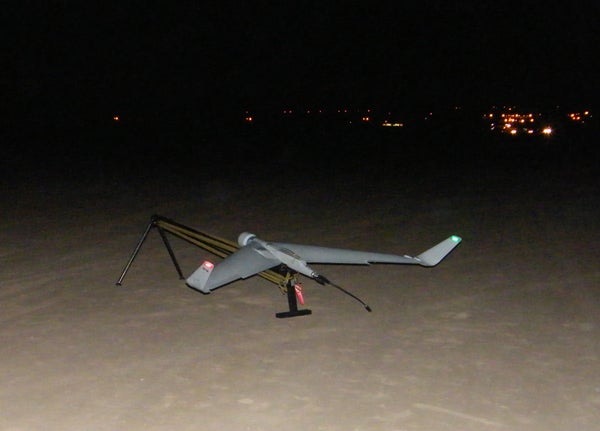 Simlat has secured a contract for delivery of an unmanned aircraft system (UAS) training and simulation centre to the Finnish Defence Forces (FDF), as part of its Mini UAS programme.

The training systems delivered under the undisclosed contract are scheduled to support the Orbiter-2 Mini UAV fleet acquired by The Finnish Army from Aeronautics Defense Systems under a $30.6m contract in May 2012.

Featuring advanced simulator stations and 3D modelling and scenario creating capabilities, the Simlat Training and Simulation Center is designed to help the FDF autonomously develop its training programme and also train its new and experienced operators and instructors.

The simulation will provide Orbiter operator trainees with a high-fidelity realistic environment required for initial and currency training, as well as mission rehearsal sorties.

A total of 45 Orbiter UAS, along with establishment of an independent operational, training and maintenance capabilities, were ordered by FDF from Aeronautics, following a comprehensive six-month evaluation programme across Finland, as reported earlier by GLOBES.

"The simulation will provide Orbiter operator trainees with a high-fidelity realistic environment required for initial and currency training."

The UAS is scheduled to be operated by the Finnish Army in support of intelligence, surveillance, target acquisition and reconnaissance (ISTAR) missions.

With an endurance of three to four hours, the Orbiter Mini is a compact and lightweight UAS designed primarily for over the hill reconnaissance, low-intensity conflicts and urban warfare, as well as any close range ISR operations.

Equipped with an advanced electro optical payload and a fully digital data-link system, the UAS can also operate in extreme weather conditions, such as snow and rain, as well as in maritime missions.

The number of units ordered and delivery schedule has not been disclosed by the company.

Finland Defense Spends on Training and Simulation: 2016 to 2024