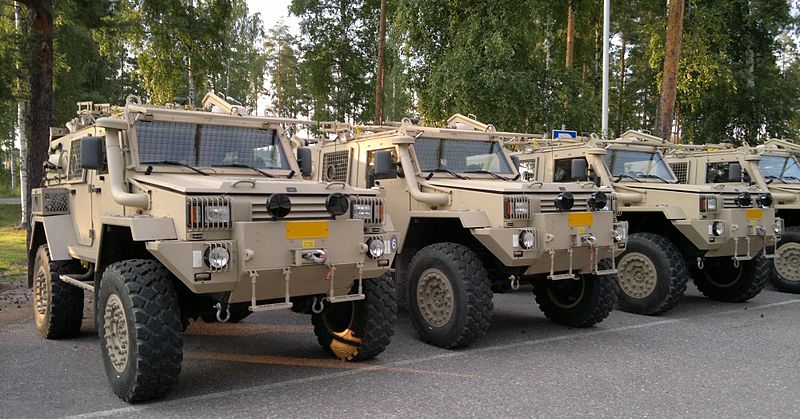 BAE Land Systems South Africa has been awarded a contract for the delivery of 25 additional RG32M mine-hardened armoured patrol vehicles to The Finnish Defence Forces .

Deliveries under the contract are scheduled to start in April 2013 and are expected to be complete by July 2013.

"The RG32M is a 4×4 armoured patrol vehicle, designed with integrated ballistic protection for convoy support, infantry patrol and reconnaissance missions."

Developed from the RG-31 family of utility vehicles, the RG32M is a 4×4 armoured patrol vehicle, designed with integrated ballistic protection for convoy support, infantry patrol and reconnaissance missions.

The RG32M can be equipped with a remote controlled weapon station (RCWS), armed with 12.7mm calibre weapons; it and can also be configured for several military and non-military roles, including scouting, patrol, command, liaison and peacekeeping operations.

Apart from Finland, the vehicles are also in service with the Swedish Armed Forces, which posses 200 of them, while the Irish Defence Force operates a total of 27 RG32M light tactical vehicle variants.

Finland Defense Spends on Logistics and Support: 2016 to 2024

Defense and Civil Spends on Helicopters in Finland: 2016 to 2024