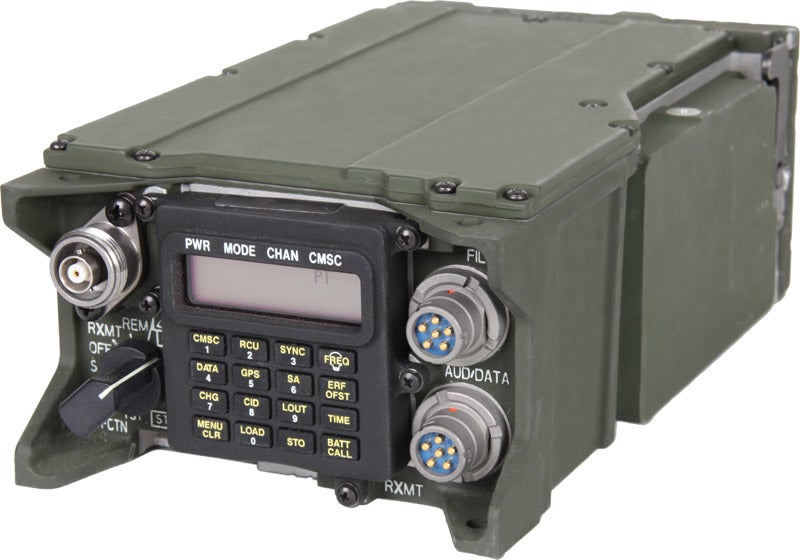 Exelis has received a foreign military sale (FMS) contract for the delivery of additional tactical communications systems and associated equipment to an existing undisclosed international customer.

Under the $115m contract, the company will supply additional SpearNet radio systems, the RT-1702 single channel ground and airborne radio system (SINCGARS) in the VRC-90 system, and the VRC-92 dual long range radio system configurations, as well as installation kits and spares to support both systems.

Also included in the deal are PRC-119 manpack radio systems with GPS and Spearhead handheld radios systems with accessories.

Exelis Night Vision and Tactical Communications Systems president and general manager Nick Bobay said that the combat-proven SINCGARS continues to be the communications backbone for the customer, which is now integrating SpearNet into its network.

"This is a tremendous vote of confidence in the breadth of communications equipment that Exelis currently offers," Bobay added.

"This is a tremendous vote of confidence in the breadth of communications equipment that Exelis currently offers."

The contract calls for provision of spare parts for all radio systems along with SpearNet training for both the vehicular and soldier radio systems.

Weighing less than 700g, the SpearNet team member radio provides soldiers with large amounts of voice, data and video communications over a self-forming and self-healing ad hoc network, improving their situational awareness (SA) in the battlefield.

The high-throughput, portable radio is capable of offering integrated GPS with SA reporting, and data transfer at up to 100-1,500Kbps across dismounted networks covering 6km, even in tunnels, fast-moving vehicles, ship cargo holds, as well as buildings.

Production will be carried out at the company’s facility in Fort Wayne, US, while delivery schedule remains undisclosed.