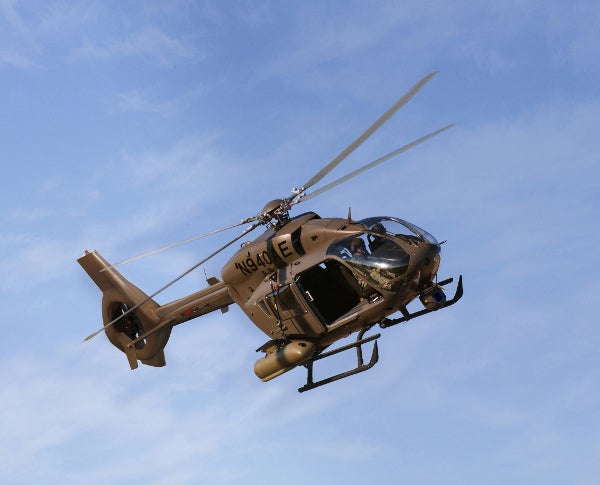 During the two week demonstration programme, it will fly two helicopters, the AAS-72X+, which is an armed variant of the army’s UH-72A Lakota light utility helicopter (LUH), and an EC145 T2 commercial aircraft.

EADS North America chairman and CEO Sean O’Keefe said the company will display advanced performance of its AAS offering during the VFD, and is ready to move forward into a competition.

"A competition will ensure the army gets the combat capability it badly needs at an affordable cost, with the programme performance that is a must in today’s acquisition environment," O’Keefe said.

The EC-145T2 helicopter is flown to demonstrate the performance enhancements offered in the AAS-72X+ configuration.

"A competition will ensure the army gets the combat capability it badly needs at an affordable cost, with the programme performance that is a must in today’s acquisition environment."

Based on the EC-145T2, AAS-72X+ is a twin-engine helicopter designed to be manufactured and delivered at a competitive cost with upgrades proposed for the army’s ageing OH-58D Kiowa Warrior helicopters fleet.

The AAS-72X+ builds on the previous three ASS technical demonstrator aircraft (TDA), developed, tested and flown, by the company using its own research and development investment.

The AAS programme is planned for replacing the army’s fleet of more than 300 Kiowa Warriors, which currently are unable to meet the commanders’ demands in terms of speed, range and endurance.

Image: The AAS-72X+ helicopter during its flight. Photo: courtesy of @ 2012 EADS North America.