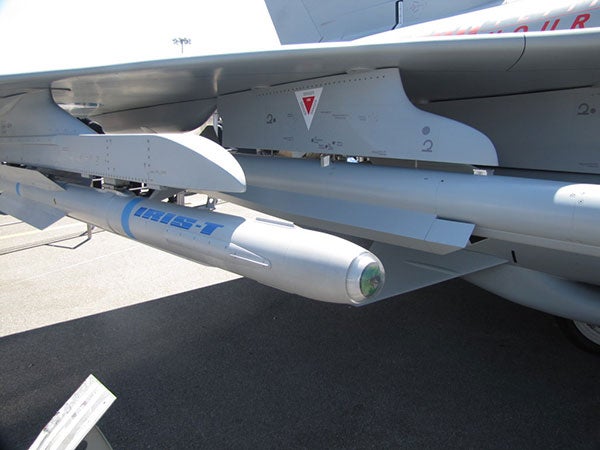 The contract, which was awarded by the Swedish Defence Material Administration (FMV), covers production and supply of an undisclosed number of IRIS-T systems to the Swedish Army.

Comprising the IRIS-T missile and launching station, as well as fire control system, the newly delivered systems are scheduled to be operated by the army along with a new Saab-built command and control (C2) system and modernised sensors.

IRIS-T SLS is a ground-launched version of the IRIS-T air-to-air missile, designed to enhance Sweden’s air defence and object protection by providing 360° defence against a wide range of threats, including missiles, helicopters, aircraft, as well as unmanned aerial vehicles (UAV).

Using the same IRIS-T air-to-air missile, the mobile and all-terrain capable plug-and-fight system can be vertically fired from a launcher mounted onboard a Unimog 5000 vehicle.

"IRIS-T SLS is a ground-launched version of the IRIS-T air-to-air missile, designed to enhance Sweden’s air defence and object protection by providing 360° defence against a wide range of threats."

Capable of adapting to country-specific transport and launcher vehicles with a variable frame system, the IRIS-T SLS also enables easy networking with current and future fire-control components due to its open and standardised architecture.

The system has already demonstrated its direct-hit capabilities against manoeuvring targets during the company’s test flights involving vertical firings scenarios.

Manufactured as part of a German-led multinational programme, the IRIS-T air-to-air missile is intended to replace the AIM-9 Sidewinder missiles currently in service with several NATO member countries.

Initial deliveries under the contract are scheduled to start in 2016.