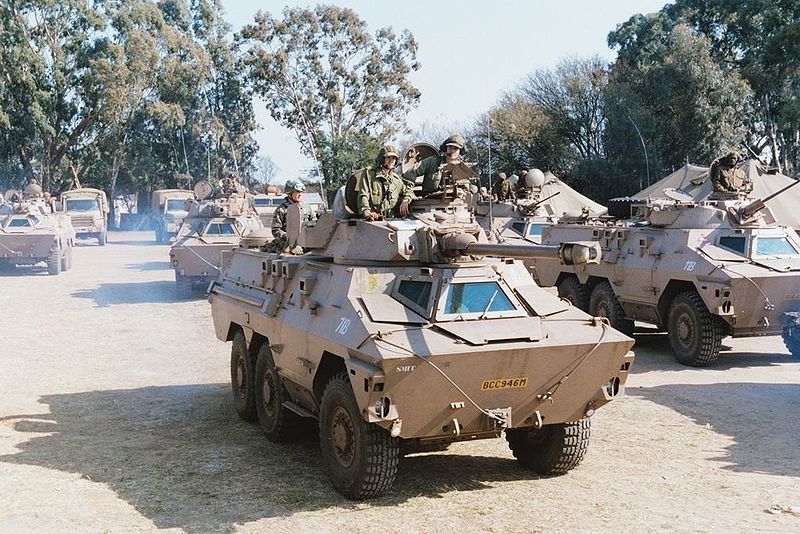 Around 238 8×8 Badger vehicles were ordered by the Armaments Corporation of South Africa (Armscor) from Denel under a multi-billion contract for replacement of SANDF’s 30-year old Ratel 6×6 infantry fighting vehicle (IFV) fleet, in October 2013.

Denel Land Systems CEO Stephan Burger said the company has already started industrialisation at its facilities in Lyttelton, with plans to commence production in early 2015.

”The system will be produced locally and represents the apex of the South African defence industry,” Burger said.

”Although the development phase is still in process, we are confident that the Badger will generate considerable international interest in the vehicle and open a number of prospects for future exports that could result in the injection of foreign direct investment into South Africa.”

Approximately 70% of the vehicle is scheduled to be manufactured in South Africa, contributing towards the long-term sustainability of the entire local defence industry by creating and retaining at least 2,000 jobs among local sub-contractors, as well as 200 direct jobs at DLS.

"The system will be produced locally and represents the apex of the South African defence industry."

The vehicles are scheduled to be equipped with either a 30mm externally-driven cam-operated cannon, a locally manufactured 60mm breech-loading long-range mortar, a 12.7mm machine gun or the Ingwe anti-tank missile system.

Commenting on the vehicle, Burger said: ”The SANDF will have an adaptable and flexible vehicle that can be used with equal confidence in both high-intensity warfare and peace supporting operations.”

Delivery of full fleet is scheduled to take place by the end of 2022.