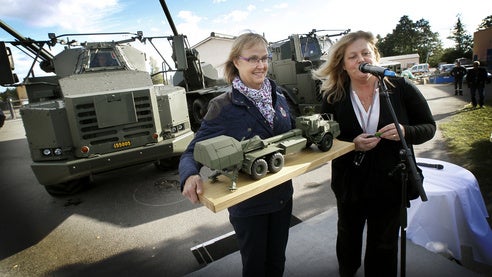 Primarily aimed at replacing the army’s remaining 32 M109A3 howitzers, the RFI is seeking 15 new weapons that can either be wheeled or tracked, and should support installation of a self-defence weapon, as reported by Shephard.

Capable of carrying a crew of five, the weapons should be able to achieve a range of at least 40km firing extended range ammunition, and a burst rate of six rounds per minute.

The RFI seeks submission of bids for between nine and 21 systems by 17 June, while evaluation of the responses resulting in selection of three or four manufacturers is scheduled to take place throughout July.

Short-listed candidates will proceed to a comprehensive evaluation programme that will complete in late 2013 or early 2014, followed by the signing of the procurement contract in the middle of the same year.

The contract will also feature a ten-year support, spare parts and maintenance package.

"Short-listed candidates will proceed to a comprehensive evaluation programme that will complete in late 2013 or early 2014."

DALO reportedly discussed the production and acquisition of Archer with Norway and Sweden, but withdrew in 2007 before signing a co-operation agreement.

Around 48 Archer systems, including 24 units each for Sweden and Norway, are currently being manufactured by BAE Systems Bofors.

The Danish Artillery Regiment features one artillery battalion and an ISTAR battalion, which is also responsible for training recuits.

In addition, the regiment deployed M/10 120mm towed mortars in support of the Danish troops serving with the International Security Assistance Force (ISAF) in Afghanistan.