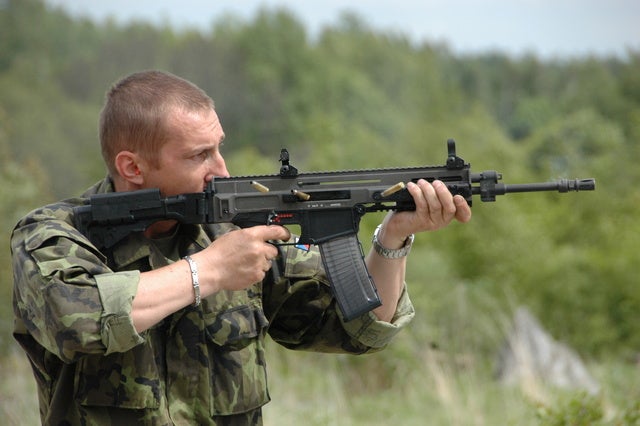 The Czech Republic Ministry of Defence (MoD) is planning to complete the acquisition of a wide range of small armaments before 2020 to help modernise the capabilities of the country’s armed forces.

According to the director, the department is currently analysing legal and financial aspects of the acquisition, which is expected to exceed CZK1bn and will be processed through the framework of a long-term agreement.

"Because the ministry is unable to expend this amount at one time, the project will be phased over several years," he said. "Based on money available, we would buy a certain number of arms."

All three weapons have already been introduced into the units and are currently being operated by the soldiers for missions at both home and abroad, while deliveries under the planned purchase are scheduled to start in 2014.

"The delivery of almost 8 thousand attack rifles is now in process and will be closed the next year, so we think to start the further phase of the purchase in the subsequent year," Bulant added.

The CZ-805 Bren is an assault rifle developed in 2009 to help replace the Czech Army’s Sa vz. 58 rifle, while the CZ 75 is a semi-automatic pistol featuring a staggered-column magazine, all-steel construction and a hammer forged barrel.

Developed by the Ceska zbrojovka arms factory, the Scorpion is a 7.65mm submachine gun used by army, as a personal sidearm for lower-ranking army staff, vehicle drivers, armoured vehicle personnel and special forces.

Future of the Czech Defense Industry – Market Attractiveness, Competitive Landscape and Forecasts to 2020