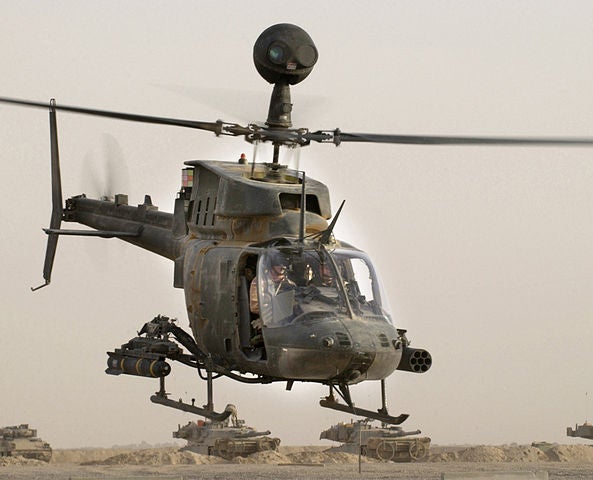 CSC has been awarded a firm-fixed price (FFP) contract modification to upgrade the US Army's simulator-based flight and related aviation training devices.

Valued at $34m, the contract modification includes a six-month performance period and ten one-year options. It was awarded under the Army Flight School XXI indefinite-delivery requirements contract secured in 2003.

Under the new deal, CSC will upgrade the reconfigurable collective training devices (RCTD), located at Army Aviation Center of Excellence at Fort Rucker in Alaska, US, to the simulator closely replicate Block 2 model of OH-58D aircraft and also enhance interoperability between new and existing technologies.

"These upgrades will allow the US Army to conduct collective training missions, such as aviation exercises using the Block 2 configuration of the OH-58D Kiowa Warrior aircraft."

"These upgrades will allow the US Army to conduct collective training missions, such as aviation exercises using the Block 2 configuration of the OH-58D Kiowa Warrior aircraft," Weakley added.

As part of the FS XXI contract, CSC delivers cost-effective simulation training in realistic combat scenarios that replicate live aircraft experiences to help the army meet its long-term training goal of 60% from simulation and 40% from live exercises.

Manufactured by L-3 Link Simulation and Training, the RCTD is an advanced simulator designed to provide the army with an ability to train multiple crews and leaders in networked training exercises.

The simulator is equipped with 18 manned-modules that can be easily reconfigured to a wide range of US Army aircraft, including the OH-58D Kiowa Warrior, AH-64D Apache, UH-60A/L Blackhawk and CH-47D Chinook helicopters, with exchangeable panels and software to enhance aviator training.

Image: A US Amy's OH-58D Kiowa Warrior helicopter prepares to take-off from Forward Operation Base MacKenzie in Iraq. Photo: courtesy of SSgt Shane A Cuomo, US Army.