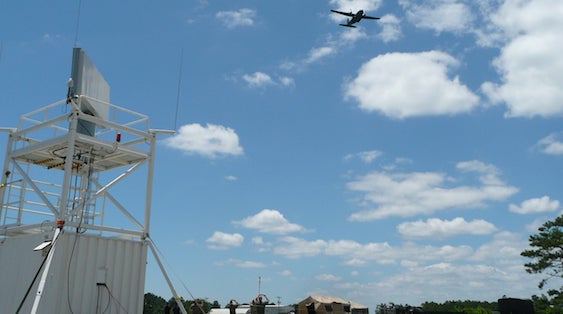 Awarded by the German Federal Office of Bundeswehr Equipment, Information Technology and In-Service Support (BAAINBw), the contract covers conversion of the German military's existing monopulse secondary surveillance radar 2000 I (MSSR 2000I) systems to the new Mode 5 standard in multiple steps.

Additional steps will include upgrade of secondary radars in ground and ship systems, and conversion of the associated transponders installed onboard aircraft.

Working according to standardised question-and-answer procedures, the MSSR 2000I system quickly recognises incoming friendly aircraft and supports the commander in the decision whether or not to engage an aircraft, preventing accidental attacks on own forces.

"The MSSR 2000I system quickly recognises incoming friendly aircraft and supports the commander in the decision whether or not to engage an aircraft."

Cassidian had supplied IFF equipment supporting Mode 5 standard to the German troops participating in the US Army's Bold Quest 2013 exercise, which was held in US, in June 2013.

Apart from proving its interoperability with the Alliance partners' Mode 4 and Mode 5 IFF systems, the equipment also demonstrated problem-free functioning of the next-generation Mode 5 IFF standard, which is scheduled to be introduced by all Nato forces from 2014.

02 Dec 2020
Registration is disabled.
We use cookies to ensure that we give you the best experience on our website. If you continue to use this site we will assume that you are happy with it.ContinueLearn more