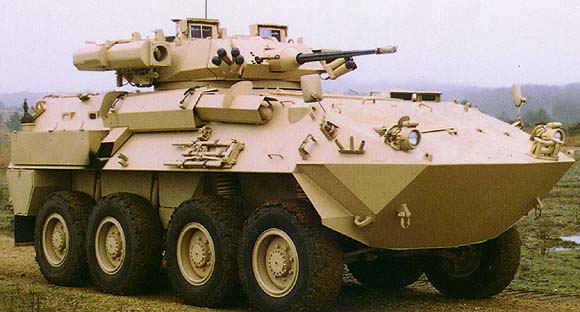 Canada has taken delivery of its first upgraded Light Armoured Vehicle (LAV) III, to provide its army units on the battlefield with enhanced defensive protection and firepower.

"The upgrades we have incorporated on the LAV III will significantly enhance the vehicle’s survivability, operational capability and long-term performance," Deep said.

The LAV III upgrade project focuses on enhancing the vehicle’s survivability, mobility and efficiency, with the aim to extend the fleet’s service life to 2035.

"The upgrades we have incorporated on the LAV III will significantly enhance the vehicle’s survivability, operational capability and long-term performance."

Survivability improvements include integration of double-V-hull technology and add-on armour protection, as well as energy-attenuating seats to improve the vehicle’s crew protection against mine blasts, improvised explosive device (IED) attacks and other threats.

As part of mobility system upgrades, a powerful engine, robust driveline and suspension and height management system (HMS) will be incorporated to optimise the vehicle’s automotive performance, handling characteristics and payload capacity.

Based on the MOWAG Piranha IIIH 8×8 vehicle, around 651 LAV III units are currently operational with the Canadian Army in Afghanistan and other areas of operation as the primary mechanised infantry vehicles.

Image: The LAV III is a version of the Piranha III. Photo: file image.

The Unmanned Aerial Vehicle Market in Canada to 2025: Market Brief