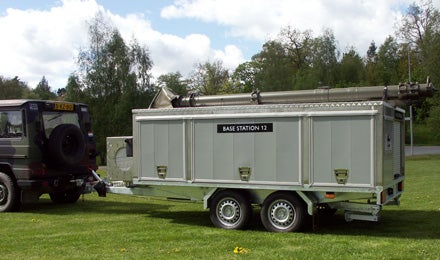 The $2.4m contract was awarded under the foreign military dales (FMS) programme of the US Army Program Executive Office of Simulation, Training and Instrumentation (PEO STRI).

Under the contract, the company will deliver a mechanised company-sized system with a total of 95 infantry sets and 10 Boyevaya Mashina Pekhoty (BMP) vehicles kits to the army.

The Bulgarian DITS is similar to the trainer used by the US Army and Marine Corps, so can be easily networked to the US-built joint combat and tactical simulation (JCATS) system currently deployed at the Bulgarian national centre for modelling and simulation.

"The system provides feedback for live-fire and force-on-force for dismounted troops, armoured and wheeled vehicles on the battlefield."

The system provides feedback for live-fire and force-on-force for dismounted troops, armoured and wheeled vehicles on the battlefield, and is also capable of creating the effects of operation in a nuclear, biological, or chemical environment.

Featuring advanced laser simulators, DITS can relay audio cues to soldiers during training to simulate effects of small arms fire and artillery, as well as enhance casualty treatment in combat.

The instrumentation system also features GPS and radio technology to track each soldier and communicate its position and status to an exercise control system and is scalable to support training from platoon or company level to brigade combat team size.

The trainer has been in continuous service with the US Army Europe since 2001 and was deployed to Bulgaria for joint exercises in 2004, 2006 and 2008.

Image: The DITS trailer can be towed to the exercise area and becomes operational within an hour. Photo: courtesy of Saab.