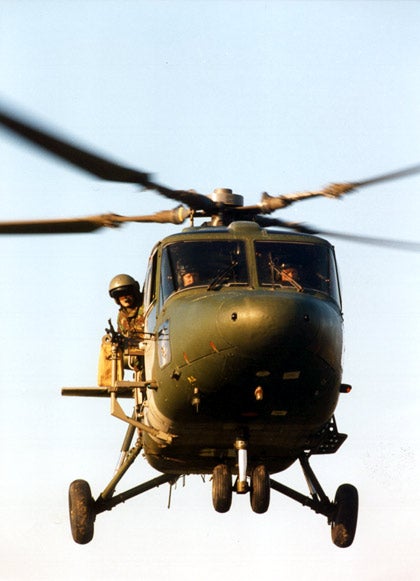 The British Army Air Corps has taken delivery of the last of 22 Lynx AH Mk9A helicopters from AgustaWestland at its Yeovil facility in south-west England under the Lynx Mk9A programme.

The programme follows the combined £92m ($142.4m) urgent operational requirement (UOR) contracts awarded by the UK Ministry of Defence (MoD) in 2008 and 2010 to enhance the aircraft's operational capability in Afghanistan.

The company was awarded a £50m contract to upgrade 12 aircraft, which included replacement of the existing Rolls-Royce Gem engine with the advanced CTS800-4N engine to enable effective operation in hot and high conditions in Afghanistan.

The cockpit will also be fitted with new engine controls and digital displays, while the helicopter's main gear box, top deck structure and rear fuselage was modified to accommodate the new engines.

AgustaWestland was awarded a £42m contract modification in 2010 for the upgrade of an additional ten helicopters to conduct convoy overwatch, helicopter support, surveillance and reconnaissance missions.

The first upgraded aircraft successfully completed its maiden flight in 2009 followed by the delivery of four aircraft in 2010, of which three were used for conversion to role training and later for pre-deployment training in Kenya.

The company has also delivered a comprehensive support package including an initial spares package, integrated electronic technical publications and training.

UK MoD defence equipment & support director, helicopters, Adrian Baguley said: "The delivery to time and cost of this urgent operational requirement to enhance the Lynx Mk9 fleet has given theatre commanders a much more capable and versatile light helicopter."

The British Army is scheduled to replace the current Lynx Mk9A fleet with the Lynx Wildcat AH Mk1 by January 2014.