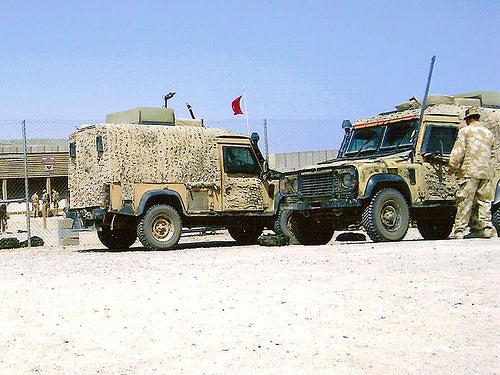 The UK Ministry of Defence (MoD) is planning to donate armoured vehicles worth an estimated £1bn to the Afghan National Army (ANA) following the withdrawal of UK troops by the end of 2014.

Senior military officials were quoted by the Daily Mail as saying that a preliminary analysis has identified more than 1,200 protected trucks and personnel carriers, which are likely to be passed over to the ANA rather than transported back to Britain.

The MoD has listed only 700 vehicles for recovery, which primarily includes the latest and most heavily protected vehicles, such as the Mastiffs, Ridgebacks, Foxhounds, as well as a number of Jackal armoured vehicles.

"The British Army currently has more than 1,900 protected vehicles in southern Afghanistan, and the overall cost of equipment to be passed to the ANA is expected to reach £2bn."

The Foreign Office, which oversees operational policy in Afghanistan, has ordered that ‘significant equipment’ should be passed to the Afghanistan army and police so they can maintain security when UK troops leave the nation.

The British Army currently has more than 1,900 protected vehicles in southern Afghanistan, and the overall cost of equipment to be passed to the ANA is expected to reach £2bn.

The vehicles being donated include a number of Wolfhound personnel carriers, some first generation Jackals, a weapons-mounted armoured patrol vehicle and a small number of heavily-protected Warthog all-terrain vehicles.

A total of 132 upgraded Snatch Land Rovers will also be handed over, along with 198 Vector armoured personnel carriers to the ANA and police, which mostly operate in a fleet of pick-up trucks.

The British Army has also handed over a number of basic vehicles to the Iraqi Army and police, including 400 armoured Land Rovers, which had been used in Northern Ireland.