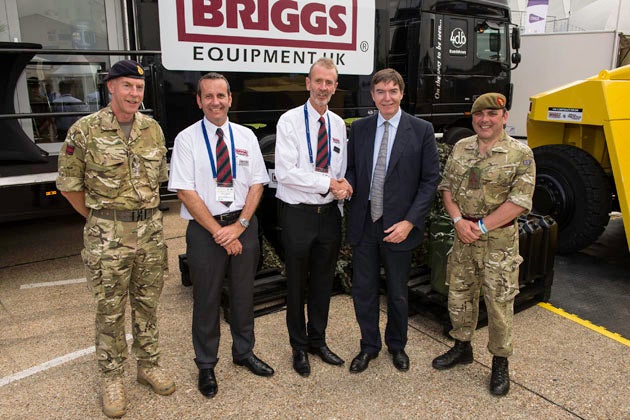 Briggs Equipment has secured a contract for delivery, management and maintenance of the UK Ministry of Defence’s (MoD) mixed fleet of mechanical handling equipment.

Awarded following a comprehensive tender process, the £87m contract primarily involves the replacement of 1,046 assets as part of a proposed capital investment of approximately £31.5m in the next seven years.

Around 84% of total assets are expected to be sourced in the country, providing a major boost to the domestic industry.

As well as forklifts, tractors, trailers, side loaders and container handlers, the contract also includes high-performance warehousing equipment and other products from 23 different manufacturers.

Briggs strategic development director Gary Clements said: "A significant volume of the equipment will be manufactured by NACCO Materials Handling Group, which has supplied the MoD with Hyster equipment for the last 40 years."

"A significant volume of the equipment will be manufactured by NACCO Materials Handling Group, which has supplied the MoD with Hyster equipment for the last 40 years."

Over the course of the contract, the company will collaborate with the MoD to help drive further efficiencies as it restructures the armed forces.

In addition to supply and sustainment of the equipment, a customised management information portal has been developed by the company for effective fleet management within a military environment.

During tender process, Briggs successfully demonstrated its ability to sustain 3,000 assets throughout 302 locations both at home and 13 countries worldwide, as well as the Royal fleet Auxiliary (RFA) vessels.