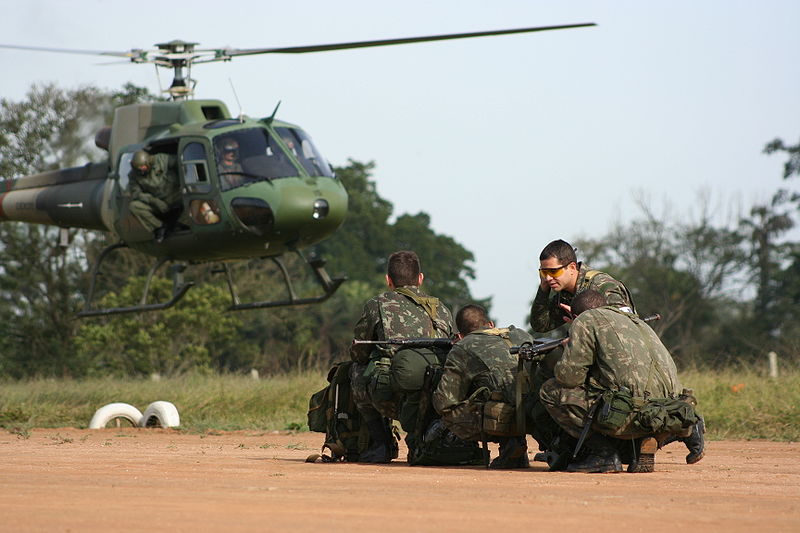 Decatron has been awarded a contract for delivery of MASA Group‘s SWORD constructive simulation system to add realism to the Brazilian Army‘s battalion, brigade and division levels training programmes.

The competitively awarded contract involves acquisition and full customisation of SWORD to help enhance training, analysis, and decision support for both military commanding officers and crisis managers in the emergency preparedness sector.

The software is expected to be used by the army to replicate combat and combat-support actions for command posts, and also for other non-military actions at both Subunidade and Unidade levels.

MASA Group president and CEO Juan-Pablo Torres said the software would help the army significantly enhance its training capabilities, in addition to enlarging the range of defence and public safety scenarios their command posts are trained for.

"Important benefits for the users of SWORD include more efficient, realistic training and analysis capabilities, which can also be applied for the training of crisis managers within the context of large-scale events such as the World Cup or the Olympic Games," Torres said.

"Important benefits for the users of SWORD include more efficient, realistic training and analysis capabilities."

RustCon head Carlos Rust said the company was fully prepared to start modification of SWORD to the Brazilian military doctrine, and looking to set up efficient cooperation with MASA to address the army’s requirements.

A complete solution for multi-level training of corps, brigade or battalion commanders, SWORD provides highly realistic scenarios and an open simulation platform, which is interoperable with command and control (C2) systems, as well as with other multi-level, joint, and emergency management simulations.

Available in English, French, Spanish, Portuguese and Arabic, the software is currently in use with several armies and system integrators worldwide, including Brazil, Denmark, Ecuador, France, Peru, Sweden and the US.

The company has not disclosed the delivery schedule.

The Military Ammunition Market in Brazil to 2023: Market Brief

The Military Ammunition Market in Brazil to 2025: Market Brief