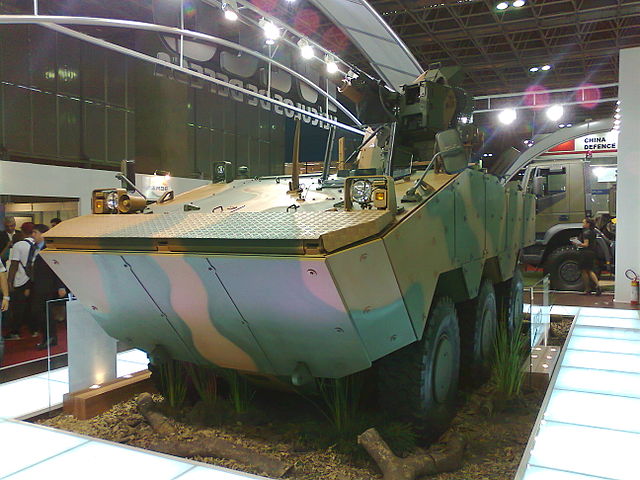 Iveco Defense Vehicles has signed a contract with the Brazilian Ministry of Defence (MoD) for the production and supply of a VBTP-MR Guarani armoured personnel carrier (APCs) to the Brazilian Army.

The R$240m ($118.7m) order for an initial batch of 86 VBTP-MRs is part of the army’s planned purchase of approximately 2,044 vehicles in the next 20 years, to enable restructuring of its mechanised forces.

According to Amorim, funding for the first 48 of 86 ordered vehicles is to be processed through the R$1.527bn ($0.76bn) growth acceleration programme (PAC) financing facilities of the federal government, which was authorised by Brazil President Dilma Vana Rousseff in late June.

Initially delivered vehicles are scheduled to be used by the Brazilian Land Force’s infantry and cavalry units for operational trials.

Manufacturing work under the contract is due to be performed at Iveco’s facility in Sete Lagoas, Brazil, with delivery of operational experimentation batch of 38 Guaranis scheduled to take place by July 2013, followed by the remaining 48 vehicles in July 2014.

Developed jointly by Iveco and Brazilian Army, the Guarani is a 6×6 wheeled drive amphibious machine, designed to replace the army’s fleet of EE-11 Urutu and Cascavel armoured fighting vehicles by 2015.

The modular vehicle features installation of different turrets, weapons, sensors and communications systems onto the same hull, and is designed to serve as basis for production of a new line of armoured multi-mission vehicles for conducting reconnaissance and fire support missions.

All planned Guarani vehicles are expected to be handed over to the army by 2030.

Image: The first VBTP-MR Guarani vehicle prototype being displayed during the LAAD Defence and Security 2011 Expo at Rio de Janeiro in Brazil. Photo: courtesy of Edurcastro28.

The Military Ammunition Market in Brazil to 2025: Market Brief

The Military Ammunition Market in Brazil to 2023: Market Brief

The Armored and Counter IED Vehicles Market in Brazil to 2024: Market Brief