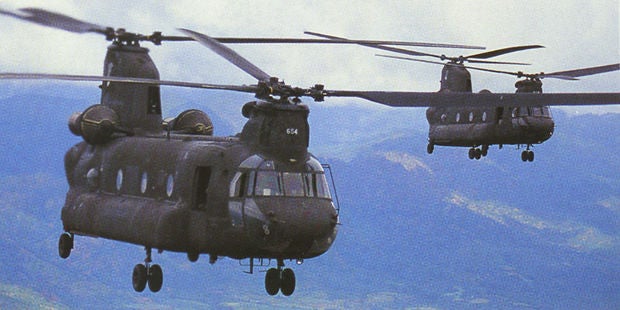 Boeing has agreed to pay $4.4m to the US Department of Defense (DoD) to settle allegations it overcharged the US government for upgrading and modifying the US Army's CH-47 Chinook helicopters between 2005 and 2010.

In early 2003, Boeing received a $140m contract from the US Army Aviation and Missile Command to produce and modify existing Chinooks to the new CH-47F and MH-47G Special Operations Configurations as part of the army's effort to modernise its fleet of heavy-lift helicopters.

The contract also included the remanufacture of several older Chinooks, including an airframes overhaul on a pre-negotiated price at Boeing's Ridley Park plant in Pennsylvania, US.

However, a government probe revealed that the company's managers had instructed mechanics to perform non-billable work while separately billing the US for their time, resulting in overcharging for work that had already been paid.

The incident came to light when a production manager from the Ridley plant filed the Federal False Claims Act whistleblower lawsuit in a federal court in conjunction with the US Department of Justice in February 2010, citing that the company had submitted fraudulent claims for modification work to the Chinook helicopters.

Boeing Military Aircraft Mobility Division communications manager Andrew Lee said: "Boeing cooperated fully with the US Attorney's Office in its examination of the charging of certain billable time on the CH-47 programme between 2005 and 2010."

In addition to paying $4.4m, the settlement also requires Boeing to implement several remedial measures, including retraining employees and making technological improvements in the software used to track billing.

Boeing will also employ a new labour-tracking computer system in all its nationwide defence-manufacturing facilities in the next few years.

The court has scheduled the hearing on the settlement agreement for 27 February 2012.

Image: Boeing to pay $4.4m to US Department of Defense to settle US Army's CH-47 Chinook billing case.

07 Oct 2020
Registration is disabled.
We use cookies to ensure that we give you the best experience on our website. If you continue to use this site we will assume that you are happy with it.ContinueLearn more