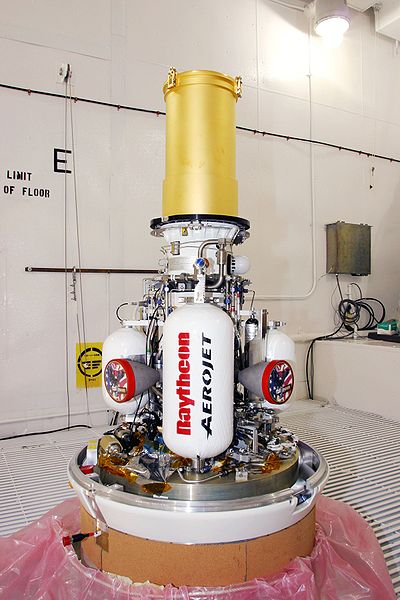 Boeing has awarded a contract to Raytheon for the development and maintenance of the exoatmospheric kill vehicle (EKV) for the US Missile Defense Agency’s ground-based midcourse defence (GMD) system.

Under the terms of the $636m contract, the company will provide EKV development, fielding, testing, system engineering, integration, configuration management, equipment manufacturing and refurbishment, as well as operation and maintenance services to Boeing, the GMD prime contractor.

Raytheon Missile Systems president Taylor Lawrence said that the company had contributed to the US’s first line of defence against the threat posed by ballistic missiles.

According to the company, the EKV serves as the intercept component of the GMD’s ground-based interceptor (GBI), which is designed to engage high-speed enemy ballistic missile warheads in space during the midcourse phase of flight.

Said to have achieved eight successful intercepts throughout the programme, the EKV uses hit-to-kill or the force of impact approach to destroy the targets, and features an infrared seeker in a flight package to detect and identify the incoming warheads from other objects.

“The EKV serves as the intercept component of the GMD’s ground-based interceptor (GBI), to engage high-speed enemy ballistic missile warheads.”

The vehicle is also equipped with a propulsion system, communications link, discrimination algorithms, guidance and control system, as well as computers to support target selection and destruction.

Work under the contract is scheduled to run until November 2018.

The Boeing-led industry team was awarded a $3.5bn contract extension in January to continue work on the GMD element of the US ballistic missile defence (BMD) system.