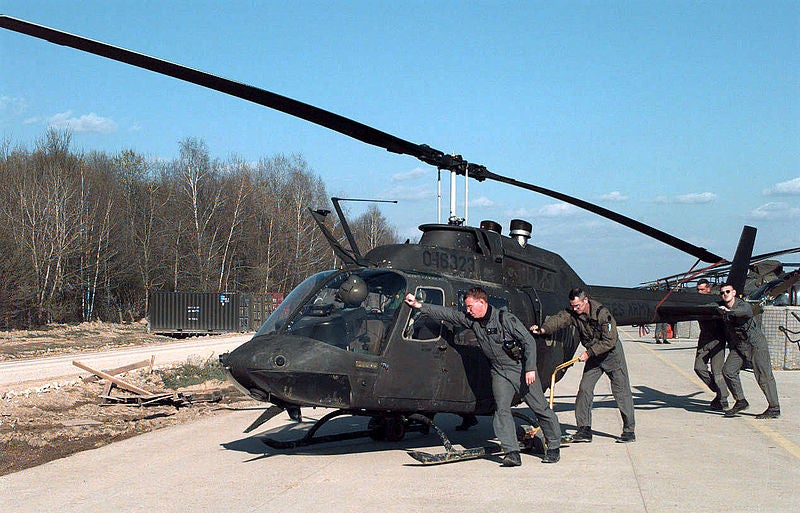 Bell Helicopter has been awarded a contract for the supply of nonrecurring engineering services and a new metal cabin for the US Army’s fleet of OH-58D Kiowa Warrior armed reconnaissance helicopters.

"With its track record of operational readiness and reliability, it continues to be the most demanded support asset by our combat troops," Schultz added.

The contract addresses airframe age and attrition and reviews the engineering and manufacturing planning for the OH-58D helicopter, updating the previous scenario where the company was taking older A-model cabins and converting them into D-model cabins.

The conversion is done through the A2D cabin conversion programme, which enables the Integrated Materiel Management Center (IMMC) to meet their OPS29 requirements and have D cabins on the shelf and on hand to repair the damaged OH-58D helicopters.

The Bell OH-58D Kiowa is a single-engine military helicopter used by the US Army for conducting observation, utility, direct fire support and armed reconnaissance missions in support of ground troops.

The Kiowa fleet has accumulated more than 2 million fleet hours including 800,000 combat hours and maintained the highest operational tempo (OPTEMPO), readiness, and mission-capable rates of any Army aircraft in Iraq or Afghanistan.