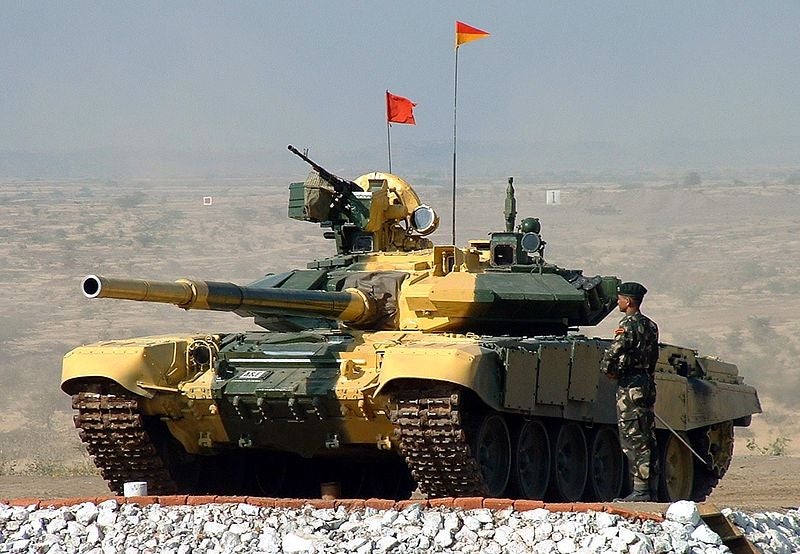 Bharat Dynamic Limited (BDL) has received a contract from the Indian Ministry of Defence (MoD) for supply of Invar anti-tank guided missiles (ATGMs) to the national army.

Under the $469m contract, the company will manufacture and deliver Invar ATGMs for installation on the army’s T-90 main battle tanks (MBTs), the Press Trust of India reported.

The missile acquisition was cleared by the cabinet committee on security (CCS) along with Konkurs-M/ AT-5 wire-guided ATGMs procurement proposal, to augment the army’s firepower in October 2012.

Even though the number of missiles ordered remained undisclosed, the contract is deemed incapable of fully addressing the army’s severe tank ammunition shortage problems.

The contract will supply only half of the total number of missiles, approximately 20,000, required by the service, according to Russia & India Report.

Unnamed defence sources were quoted by the news agency as saying that the purchase is anticipated to be equally divided between Russian production and licensed production by the company.

"The contract will supply only half of the total number of missiles required by the service."

Currently manufactured by BDL under technical collaboration with Russian state-arm-exporter, Rosoboronexport, Invar is a laser beam rider ATGM designed to neutralise adversaries tanks fitted with explosive reactive armour and also destroy stationary and moving targets at speeds of up to 70km/h.

Fitted with a semi-automatic control system and tele-orienting in the laser beam, the high velocity jamming immune missile with tandem warhead has operational range of 5km, and is fired from gun barrel of the T-90 tank.

The missile is based on the Russian-built 9M119M Refleks missile, which is currently used in the T-90, Serbian M-84AS, as well as some variants of the T-80 and T-84 tanks.

Deliveries under the contract are anticipated to complete over the next five years.

Image: the Invar missiles are scheduled to be installed on the Indian Army‘s T-90 tanks. Photo: courtesy of cell105.