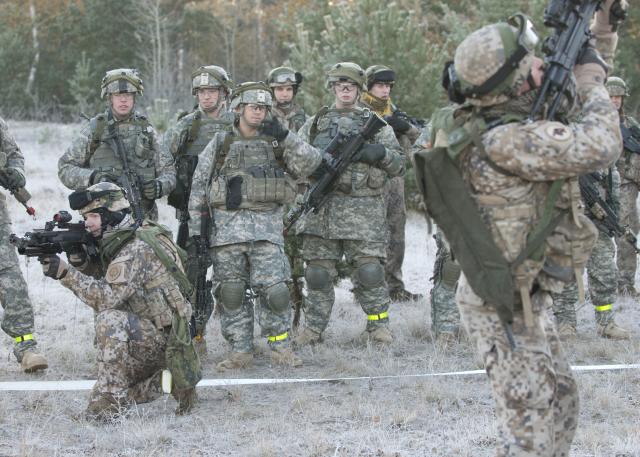 Scheduled to be conducted 3-14 June, the annual exercise will feature approximately 2,000 military personnel from the three Baltic states, Finland, Norway, Poland, as well as the US and UK, Estonian TV has reported.

The Estonian official tasked with planning the exercise, lieutenant colonel Tiit Paljak said the exercise’s main headquarters would be located in Lithuania, while the participating air forces and the Corps Northeast are scheduled to be deployed in Estonia.

"Latvia will host the practical part of the exercises," Paljak said.

"Latvia will host the practical part of the exercises."

Around 50 Polish and German troops along with 17 vehicles have already arrived to participate in the drills in the Estonian city of Paldiski, last week, according to Estonian TV.

Meanwhile, the US military has also transferred its equipment from Germany, including several types of high-mobility multipurpose wheeled vehicles (HMMWVs) and trucks, as well as other equipment and an expert medical support unit, The Lithuania Tribune reported.

The US Army in Europe (USAREUR) led Saber Strike exercise aims to improve joint and combined interoperability between the US Army and partner nations, and also help prepare participants to successfully operate in a joint, multinational, interagency, integrated environment.