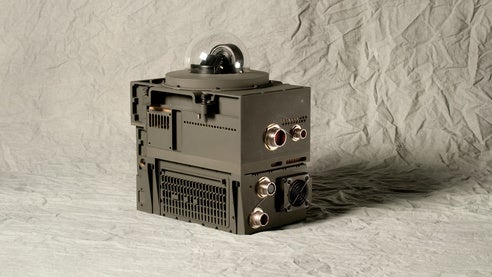 BAE Systems has been awarded a $68m contract for supply of hardware for the US Army’s advanced threat infrared countermeasure (ATIRCM) system.

Upon discovering the missile, the jam head emits an energy beam to defeat the incoming missile seeker.

The contract follows ahead-of-schedule shipment of its common infrared countermeasure (CIRCM) systems to the army in support of the contractor-led testing activities.

Having completed testing and evaluation at the company’s Worrell/Weeks Aircrew Protection Center in New Hampshire, US, the systems were delivered as part of a $38m technology demonstration phase contract secured by the company in February 2012.

"We are also protecting our soldiers today with ATIRCM, which has surpassed all reliability performance objectives and provided 100% operational availability."

Originally launched in 2009, the CIRCM competition covers development and installation of missile jammer on the US military helicopters to increase defence against heat-seeking missiles, such as those launched from man-portable air defense systems (MANPADS).

"While innovating for the future, we are also protecting our soldiers today with ATIRCM, which has surpassed all reliability performance objectives and provided 100% operational availability," Staib added.

Having logged more than 125,000 hours with a field reliability measure in excess of 700 hours, the system is claimed to be represents the most reliable laser-based directable infrared countermeasure technology to have been fielded since 2008.

Number of units ordered and delivery schedule has not been disclosed by the company.