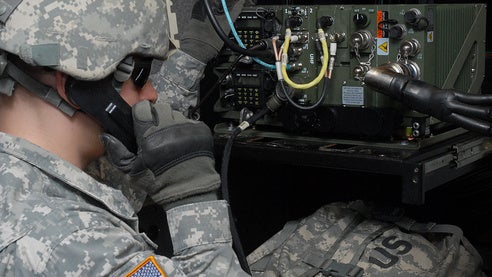 BAE Systems has successfully carried out over-the-air testing of its mid-tier Phoenix networking radios at Joint Base McGuire-Dix-Lakehurst (JB MDL) in New Jersey, US.

Conducted as part of a cooperative research and development agreement (CRADA) with the US Army, the trial had demonstrated the radio’s ability to securely and reliably transmit battlefield information through wideband networking waveform (WNW) anti-jam (AJ) modes.

"During this testing, each Phoenix radio successfully and securely communicated across uneven terrain," Ager said.

Introduced in October 2012 in response to the army’s request for proposal (RFP) for a non-developmental mid-tier networking vehicular radio (MNVR) solution, Phoenix radios are designed to provide secure, jam-resistant communications between headquarters and dismounted soldiers.

"Each Phoenix radio successfully and securely communicated across uneven terrain."

Available in three variants, including Phoenix-SC, 2C, and 4C, the high-throughput radio is capable of operating both next-generation, government-owned WNW and the soldier radio waveform (SRW) for use in multiple configurations.

Phoenix-2C radio has already demonstrated tactical networking capabilities by allowing soldiers to communicate over 20km in moving vehicles, which is double the mid-tier network requirement, during exercises at Fort Huachuca in Arizona, US, in November 2012.

Meanwhile, additional WNW-AJ tests on networks of up to 30 nodes are expected to take place in the coming months.