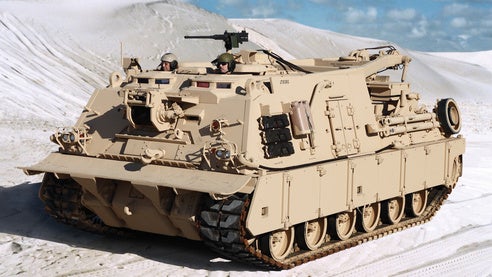 The $31.8m award covers the delivery of eight M88A2 vehicles and brings the total value of HERCULES programme contracts received by BAE from the US Government to $1.4bn.

"HERCULES will provide the Iraqi military with a recovery vehicle that has been tested and proven to tow and hoist today’s heaviest combat vehicles," Signorelli added.

The company has previously supplied eight vehicles to Iraq as part of a contract it was awarded in 2010, taking the total number of M88A2s ordered by the US for Iraqi forces to 16.

"HERCULES will provide the Iraqi military with a recovery vehicle that has been tested and proven to tow and hoist today’s heaviest combat vehicles."

A variant of the M88 HERCULES, the M88A2 is a self-supportive armoured tank designed for cost-efficient recovery of 70t vehicles, such as the M1A1, M1A2, Leopard main battle tanks (MBTs), bridging systems, as well as other medium to heavyweight vehicles.

The vehicle is also equipped with additional armour protection, to deliver increased towing muscle, lifting strength and winching power to the soldiers and marines in all weather conditions.

Work under the contract will start at the company’s US facilities in York in Pennsylvania and Aiken in South Carolina in late 2013, and is estimated to be complete in the middle of 2014.

BAE’s York facility will manufacture new hulls for the M88A2 configuration, while its Aiken plant will be responsible for the production of some vehicle parts.