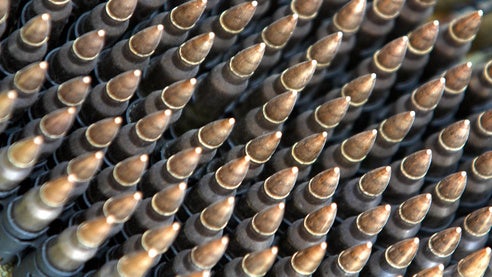 As part of the agreement, BAE and Expal Systems, which were shortlisted as respondents for the project in 2011, will serve as the prime contractor and principal sub-contractor and partner respectively.

Commenting on the agreement, BAE Systems Australia chief executive David Allott said the partnership would benefit from the compatible business profile of both the companies, and collaborative work in the UK and US.

Expal Systems’ board of directors chairman Francisco Torrente said that the company possessed all of the capabilities required for implementation of the DMMA project.

The DMMA project aims to offer new arrangements for the domestic production and delivery of selected non-guided munitions to the Australian Defence Force (ADF) by replacing the strategic agreement for munitions supply (SAMS) and Mulwala agreements, upon their expiry in June 2015.

" The DMMA project aims to offer new arrangements for the domestic production and delivery of selected non-guided munitions to the Australian Defence Force."

Managed by the Defence Materiel Organisation’s (DMO) Explosive Ordnance Division (EODiv) staff, the project will award management of Mulwala and Benalla weapon production facilities to a single prime contractor under a government-owned, contractor-operated arrangement for an initial period of ten years, beginning in July 2015.

The government-owned Mulwala facility, located in rural New South Wales, develops military propellants and explosives, while Benalla facility, owned by Thales, is responsible for production of a wide range of ammunition for Australian soldiers.

Both facilities are presently run by Thales Australia as part of a strategic supply arrangements signed in the late 1990s.

Other shortlisted companies include Atk, which partnered with NIOA Nominees, Raytheon Australia teaming with Chemring Australia and Poonsang, Rheinmetall Waffe Munitions teaming with Nitrochemie and RUAG Ammotec, as well as Thales Australia with General Dynamics and NAMMO.

The Military Ammunition Market in Australia to 2025: Market Brief

The Armored Vehicles and MRO Market in Australia to 2025: Market Brief